Jennifer Wong’s upcoming stand-up show for the Sydney Comedy Festival is all about her personal ‘sauce’ of inspiration – food! We grill Jennifer further…

How long have you lived in Drummoyne? What is your favourite dish in the area?

I’m very new to Drummoyne, and have only lived here for about seven months. Or as I like to think of it, one month for every kilometre of the Bay Run. My favourite dish is the coffee at Bowan Island Bakery. Coffee’s a dish, right?

How would you rate your cooking skills – are you a show-off in the kitchen?

You could say that I’m the opposite of a show-off in the kitchen. My parents and aunts are all very good cooks. There’s a whole line of people in my family who would qualify for Masterchef before me, unless there’s a cheese toastie in a fry pan challenge, in which case, please apron me up.

What do you like to eat when you are not feeling your funniest?

Carbs. Carbs. Carbs. I’m convinced that most things can be fixed by a bowl of congee, noodles, or pasta. Most things, except adhering to the Paleo or Atkins diet.

Your material is not afraid to confront the racism in Australian society. Do you see humour as a productive way of challenging bigoted ideas?

Yes, humour can be a tiny start to a conversation about big issues. When a comedian provokes an audience to consider a situation, person, or culture in a fresh and different way, it provides an alternative to stereotypes of situations, people, and cultures. It’s a start.

Have you ever had any strange reactions from an audience member?

Two years ago I went to the Edinburgh Fringe for the first time. It was an education in how food culture is different overseas. I have a joke about opening a shop that sells autobiographies and dumplings, called Memoirs of a Gyoza. Well, it turns out Australians know gyoza. My audience in Edinburgh that first night, not so much.

Which comedian most inspires you? What would you cook for them if they visited your house?

Maria Bamford is one of my favourite comedians. I’ve read that she likes fudge, so I would make fudge for her, and then we could both sit quietly and eat fudge while respecting each other’s personal space, and hopefully play with a dog.

Cheese Toasties With Cheese Outside On Purpose

This dish is otherwise known as life on the road without a jaffle maker. It is mostly an excuse to eat melted cheese. If you use Brie, it could be the best day of your life. Tasty or cheddar also works.

Some cheese that likes to melt

1.Put a fry pan on medium to high heat.

2.Butter the bread and put one slice – buttered side down – on the pan once it’s hot.

3.Layer the cheese and mushrooms on top, and sprinkle some chilli flakes. If you’re celebrating a special occasion, like your birthday, now’s the time to add a second layer of cheese.

4.Add the second piece of bread on top, with the buttered side facing up (to you).

Press down on the sandwich with an egg flip for a few seconds, and enjoy the satisfying sizzling sound you can’t get with a jaffle maker.

6.If melted cheese leaks out from your egg flip efforts and coats the edges of your bread, fabulous! If you’re celebrating a really special occasion, like a wedding anniversary, sprinkle some mozzarella on the outside of your bread so that your toast is covered with cheese.

7.Remove from pan and cut in half to serve. Enjoy the spectacle of cheese lava oozing from your sandwich. 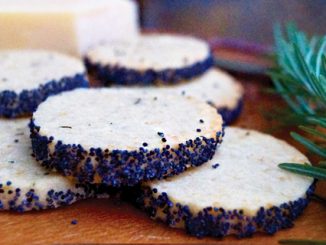 At the Cafe with… Abe Nasr