An Upper North Shore friend (well, as much as someone from the Upper North Shore can be a friend) told me one afternoon over a glass of champers that his private-school educated daughter sometimes joins a group of her besties to do the Bay Run.

It both ups the Fitbit data and provides good Instagram fodder apparently. I was surprised as I had never thought of the Bay Run as a circuit people would actually travel from afar to do.

My disbelief partially stems from the fact that having walked the Bay for many years, I have rarely seen multicultural Sydney reflected in the ethnicity of sportsters. Though, there is one nonna who walks the Bay, identifiable by her black garb and slippers.

Predominantly, I see Anglo people in active sportswear, which is pretty much the make up of the suburbs surrounding the Bay (the population has become less diverse as house prices rise).

Rarely have I heard languages other than English spoken on the Bay’s paths. Not surprising considering a Nepalese man told me recently he speaks quietly on the train so nobody can hear his Nepali. It reminded me of the embarrassment I felt as a child when my mother would speak her native ‘Friulano’, an Italian dialect, when she met up with her compatriots at the shopping strip.

Considering Iron Cove is the closest part of the harbour to many of the suburbs that house a large number of migrants including Strathfield, Auburn, Granville and Blacktown – why aren’t they coming to the Bay? How wonderful it would be to see more turbans, more hajibs, more bindis and just more diversity along the Bay’s tracts. Perhaps they could also end the sad ubiquity of the sausage sizzle and bacon and egg roll! 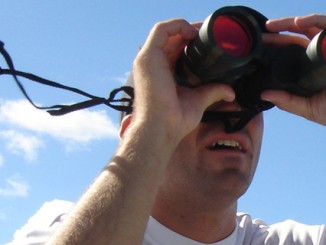 At home with… Roberta Muir