Like many other fast-growing cities in the world, traffic is not a rare sight in the City of Suwon. However, the South Korean city is planning to make congestion a thing of the past, and car-free neighborhoods into a reality.

Sounds too good to be true doesn’t it? Just imagine what it would be like to travel down Norton Street without any traffic!

Similar to the issues Inner West locals face in peak hour on Parramatta Road, Suwon’s proximity to the country’s capital means over 200,000 cars commute daily between Suwon and Seoul, creating pressure on energy and parking space, but also leading to problems like congestion and car accidents, as well as the cost and time lost in travel according to the city’s Mayor, Tae-Young Yeom.

Determined to lead the city away from ‘car-centered’ development, local government conducted a residents survey in 2012, which mapped the accessibility patterns and demography of the neighborhoods and found the city’s walkability needed to be urgently enhanced. Based on information from this survey, the government embarked on a series of public works, community and culture based projects to improve the situation.

The EcoMobility World Festival, which will be held in Suwon this September, celebrates the use of public transport and non-motorized transport such as walking, cycling and wheeling, and is part of Mayor Yeom’s program to transform the neighborhood into one that prioritizes sustainability and accessibility. Supplied with a suite of complimentary human powered and electric vehicles contributed by over 20 international companies, the city will showcase the world’s latest sustainable transport solutions for people of varying mobility needs during the month-long festival.

Swapping some 1500 cars for ecomobile vehicles during the entire month, the festival will engage 4300 Suwon residents in its city-wide experiment in adopting an ecomobile lifestyle – one that is healthy, safe, environmental friendly, resource-efficient and socially inclusive.

Haenggungdong, one of the most crowded neighborhoods in Suwon, will become a designated car-free zone, where various cultural and arts performance will take place.

Considering Sydney’s continually rising petrol prices and the environmental degradation car use causes, going ‘car-free’ seems the next logical step in the fight for our environment. While the Inner West may be far from this solution, perhaps we can learn something from the city of Suwon, which aims to reduce 40 per cent of its CO2 emission by 2030.

For more information about the EcoMobility World Festival running from September 1st to 30th, visit www.ecomobilityfestival.org. 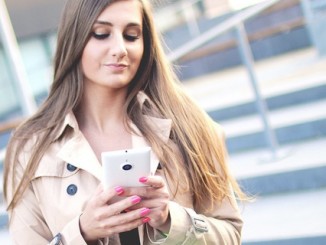