Dendy Cinemas Newtown pulled a film after a student-led campaign to ban it. What is going on?

The decision Dendy made to stop the screening of a doco about gender politics, The Red Pill because of a Sydney University activists’ campaign against it is deeply, deeply wrong. It is also stupid. The film itself is not the issue, it had classification board approval and its screening was paid for by FanForce. I haven’t seen it, and most likely never would have, but apparently it presents opinions regarded as offensive by some people. According to the campaigners’ logic then, no one should.

Dendy remained silent after capitulating, and you can hardly blame them. They’re a business, and any bottom-line, image conscious one can easily be bullied. Heck, even huge ones like Qantas are. But over screening a film? There is no easy way of saying this: This is censorship; a puritanical, abhorrent and authoritarian variety which most of us thought had vanished forever in this country. Now its back, and the push for it is being led by students in the inner west. Who are these people, the Red Guards?

I see movies containing offensive ideas all the time – people are sliced open, beheaded, tortured and their genitals cut off, and not at underground film festivals – this is mainstream entertainment at the multiplex. There’s a sub-genre known as “torture porn” where the victims, inevitably women, are imprisoned and raped. Even feminist art-house directors like Cate Shortland explore this turf, and her  Berlin Syndrome will be no doubt be pulling in discerning cinema-goers at Palace Norton Street this weekend. I don’t like these films much, but ban them?  David Stratton and others won the censorship battle in late 60s, and the R certificate was introduced in 1972. Since then we’ve been treated like adults and come to regard movie censorship as ancient history, belonging to a fuddy duddy reactionary old Australia, one long gone. Well, apparently not on King St, Newtown.

Censorship comes from a deeply conservative desire to insulate us from anything disturbing, so where does that leave Raw (pictured), a film so upsetting people have reportedly required treatment for shock from paramedics stationed at screenings? It’s probably the best movie of any genre playing right now (our review here), and ironically, it’s at Dendy Newtown too. The US rating’s “trigger warning”  got it right, this French minor classic contains. “Aberrant behaviour, bloody and grisly images, strong sexuality, nudity, language and drug use”. It’s about a nice vegan girl called Justine’s sexual awakening as she is “empowered”  by her older sister and her experiences at uni, and develops a taste for human flesh. Shockingly, the sisters’ first victim is a young gay Muslim. Skipping any homophobic and racist bullying and totally ignoring their Safe Schools training – they eat him!

How can this not be banned?

Most of the students at Sydney Uni are probably squirming and shrieking their appreciation of Raw at late night screenings along with the rest of us in the inner west – and they should be allowed to, it’s a fantastic, brainy genre piece exploring lots of bold ideas while embodying all the artistic and intellectual freedoms previous generations of students fought for. What the present campus activists object to and want to restrict is the expression of those ideas.  And that’s the most terrifying thing about this whole depressing affair. 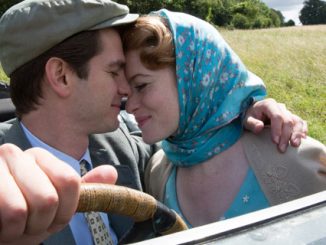