Last month a Northern Territory court sided with Coca Cola Amatil, Schweppes and Lion Nathan (who owns Tooheys, Berri Juice and Dairy Farmers) that a Container Deposit Scheme, which was introduced in January last year and is similar to what has been running in South Australia since 1977, would be unfair to their “customers” (read profits) and would be ineffective at reducing waste. The scheme is now voluntary and these three companies have chosen not to participate, causing many local environmental groups here in Sydney to protest at Coke’s headquarters and boycott Coke products.

It’s fairly obvious at this point that we’ve been sold out. A recent Newspoll found that eighty per cent of people in the NT wanted this scheme, and growing numbers are calling for one in New South Wales and Victoria. But when a company as big as Coke is involved, you know there is going to be a fight. Tax revenues and jobs almost always politically trump the environment. Corporate lobbying and pressure to create jobs should be met head on with a push from citizens who understand that quality of life is not only based on income but also includes the value we put on the beautiful country we live in. Therefore, I thought it would be interesting to see how effective the deposit scheme has been.

The most basic example of the effectiveness of the program is to take a look at recycling rates for beverage containers. Australia-wide it’s estimated at about forty per cent. Compare that with nearly eighty per cent in SA and you can see an obvious connection. Furthermore, the South Australian number raises that overall Australian average rate of recycling significantly as well. Over the first twelve months of the scheme, recycling in the NT was on track to that eighty per cent goal and had nearly doubled – mirroring similar results in other places in the world that have done the same.

Of course recycling should be a last ditch effort to eliminate waste. I think people realise that not buying these products in the first place is the first step towards reducing waste. However, for now, the focus needs to be on keeping them out of landfill. It’s easy to demonise Coke, but remember there are similar attitudes towards the environment coming from some of your favourite Aussie brands as well. These are the folks we should be speaking to directly – appealing to their sense of pride in their country. 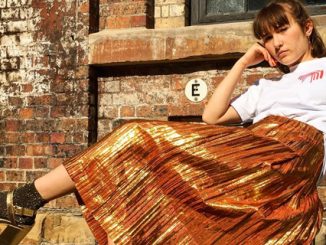