Cruising the Mediterranean can be both affordable and lots of fun, travel editor Winsor Dobbin discovers.

I’ve never been a huge fan of cruising. Too many people in a confined space, “entertainment” that doesn’t appeal and food and wine that are reminiscent of an old-style RSL Club.

Then I was offered the chance of a cruise in the Mediterranean? Well, the food would have to be good, wouldn’t it? And with stopovers in ports including Naples, Tunis, Barcelona and Marseille, a week cruise on the newly-launched MSC Preziosa certainly offered some intriguing places to visit.

Arm twisted, I soon discovered a cruise on a newly-launched $697 million pleasure palace was more interesting than your run-of-the-mill sea voyage to a couple of Pacific island tourist traps. By the time we sailed back into Genoa after a week afloat I was a cruise convert.

There’s an interesting history to the MSC Preziosa. It was originally commissioned by the late disgraced Libyan dictator Muammar Gadaffi and his son Hannibal and was under construction in St Nazaire in France when Gaddafi was toppled in 2011.

Italian billionaire Gianluigi Aponte (whose Mediterranean Shipping Company (MSC) Cruises is now the third-largest cruise company in the world after having been formed only just over a decade ago) stepped in and snapped up the half-finished vessel and had it finished to MSC specifications.

Christened earlier this year at a glittering black-tie ceremony in Genoa, the MSC Preziosa was sent off on her maiden voyage by veteran actress Sophia Loren, the “Godmother” of the MSC cruise fleet, to music conducted by the great composer Ennio Morricone.

We were promised Mediterranean hospitality and certainly got that; from the warmth of the ship’s mainly Italian officers to the excellent food (and I’m a picky eater) – including the first outlet of “slow food” chain Eataly to be launched on board a cruise ship.

With a total of 1751 cabins and room for up to 3500 guests at any one time, the MSC Preziosa is 330-metres long with a top speed of 24 knots. She is the 12th ship in the MSC Cruises fleet and the fourth Fantasia-class vessel.

Boasting no fewer than 21 bars and restaurants over 18 decks, The Preziosa feels less like a ship and more like a city afloat – albeit a very laidback and extremely stable city. As someone who can be seasick on the Manly ferry, I never once felt queasy.

Accommodation ranges from comfortable to luxurious – the exclusive Yacht Club suites offer the floating equivalent of first-class flying, including a private pool and jacuzzis on the bow of the ship, unlimited alcohol and canapés, along with a full newspaper from your home country delivered to your suite each morning.

There are also private butler and concierge services for the lucky few, but Fantasia class (economy) is also impressive.

There are the usual formal dinners, dance lessons and nightly stage shows in the 1600-seat Platinum Theatre for those who prefer their cruising old-style, but also a 17,000-square metre Aurea Spa staffed by Balinese therapists, an infinity swimming pool (one of three), the longest water slide at sea (120 metres), 10 whirlpools, a fitness centre with all the latest gadgetry, a mini shopping mall and even a chocolate fountain.

The two Eataly restaurants offer the chance to learn about artisanal Italian food (think dishes like Piedmont beef dressed with extra virgin olive oil; or smoked trout carpaccio), while the Golden Lobster, Arabesque and Galaxy feature Mediterranean fusion cuisine and a much better selection of wines than those usually found on cruise lines.

The Sports and Bowling Diner features American favourites like burgers and ribs, while the Maya and Inca buffet is open 20 hours a day with a global selection of dishes (some excellent, some less so, but the choice is magnificent). Yacht Club guests have their own restaurant: the elegant La Palmeraie, as well as a pool bar and lunchtime buffet.

There is the choice of a wide selection of organised excursions at each port (the brochure lists no fewer than 34 options), or the joys of investigating on one’s own.

Departure port Genoa, and nearby Portofino, are attractions in their own right with Genoa’s working port and twisting cobbled streets well worth a day or two of pre- or post-cruise exploration.

Naples lives up to its grungy stereotypes but fortunately the varied options of Mount Vesuvius, the archaeological remains of Pompei, the island of Capri and the delightful village of Sorrento are all close by – and offered as excursions either individually or in tandem.

Next stop Messina in Sicily, with easy access to both the medieval hilltop village of Taormina and Mount Etna (Europe’s highest volcano), although I just took a short train ride to the delightful seaside resort of Giardini Naxos.

La Goulette, the port city for Tunis, is some way out of town, meaning either an official excursion or a taxi ride into town. Options here include the remains of once-mighty Carthage or a visit to the village of Sidi Bou Said, with its persistent market traders, or a tour of the historic Medina quarter and its many souks to browse everything from carpets to spices.

Last stop Marseille with many restaurants overlooking the delightful port and Notre Dame de Garde Cathedral towering above. Excursion opportunities include both Aix-en-Provence and Avignon, two of the most delightful Provencal towns. One restaurant to avoid: the waterfront Au Sanglier with rude and ridiculously slow service.

After putting up with the staff at that restaurant it was a pleasure to return to the cosseting offered on board the Preziosa.

Emirates Airways, which now code shares with Qantas, flies to 33 European destinations, all via one convenient stop in Dubai. New destinations include Dublin, Barcelona, Lisbon, Lyon, Warsaw and Stockholm. Emirates currently operates 84 flights per week to Dubai from Australia – from Brisbane, Perth, Melbourne, Adelaide and Sydney. For flight information and bookings contact Emirates on 1300 303 777, visit your travel agent or go to www.emirates.com/au.

Seven-night Yacht Club class cruises on board the MSC Preziosa start from $2369 per person including priority check-in, butler service, complimentary drinks and al a carte dining. For bookings and introductory offers contact MSC Cruises at www.msccruises.com.au.

Your Say: Should bikes be allowed on the footpath? 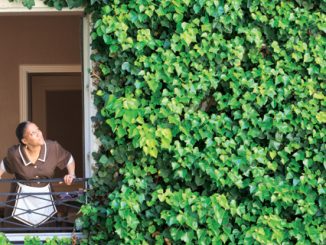 A touch of class