The survival strategies used by past residents of the Inner West during the Great Depression illustrate that reducing your environmental footprint actually stems from being ruthlessly tight with your dosh. Who knew? Your grandma.

Reducing expenditure was obviously a priority for families living throughout the thirties, particularly those living on rations who had no monetary earnings at all. Lena Taranto, who lived in Newtown throughout the Depression with neither parent in salaried work, says that most people kept their own garden, including her father, so that vegetables didn’t have to be bought.

Subsistence gardens were created on rooftops, in front yards and pathways. Keeping chickens and ducks was also common. While these things were done for the purpose of saving money, nowadays we can also appreciate home farming for reducing the amount of transport, packaging and freezing our food requires before being eaten.

Do not waste a drop

Another memory of Lena’s is visiting the biscuit factory with her mum to take home bags of broken biscuits. People during the Depression would seek out defective food: offcuts from butchers and bad fruit from groceries, that would otherwise go in the bin. Awkward cuts of meat would be fried and wrapped in bacon to make it go down easier, and excess fruit was pickled and devilled to last.

Hard bread was made edible by mashing it boiling water, oil and salt, or added to recipes like meatloaf, stuffed artichokes and “fake duck”, a kind of crumbed steak. Electricity and gas were also not used lightly. One pot cooking was a necessity.

Getting imaginative with left overs, spoiled (or even binned) stock at grocers, as well as recipes is worth the extra brain effort, you’ll be payed back in cash and cleaner air.

While Lena’s dad gained infrequent work, her mum kept the family afloat using all the skills and resources in her arsenal. She became a seamstress working from home and would use the offcut material from clients’ dresses to clothe her children. She also welcomed three boarders into her Newtown rental (who says AirBnB is a new idea?), so that the family could make pay the landlord each week.

Many entrepreneurial women in the Depression fed their families by selling homemade jams, cakes and preserves they made in their home kitchen to local grocers. Using only the space you need and all the skills and resources you have still fits into a financially and environmentally sustainable ethos.

Be aware of what’s around you

Famously, the Depression in Sydney gave birth to the ‘Daffodil Salad’, made of a common garden weed. Lena remembers sharing her toy with all the kids in the street, as well as her husband exchanging car lifts with farmers for fresh vegetables. While such solutions might not be re-creatable today, the principle remains: if you know what you already have access to, you won’t waste resources buying it.

Opening a dialogue with your relatives, friends and neighbours about what you could potentially share or exchange will reduce your consumption. Learning about what ingredients are native and/or abundant in your local area is valuable knowledge which will help you buy, grow and find food minus the air miles. 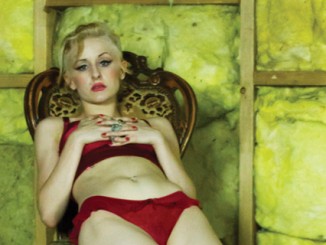 Don’t be a drag, be a retro queen! 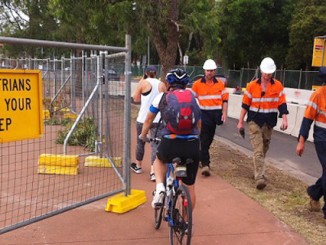 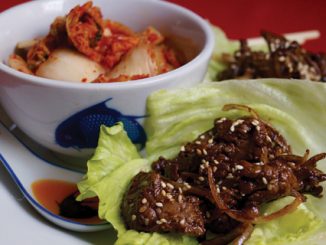