Most Australians are probably more invested in who wins the Iron Throne than the outcome of the Federal election. But for those who are interested in how things are decided without dragons, two sensational new films about politics open this weekend, just in time for Saturday’s poll.

No knowledge of contemporary Spanish politics is necessary to enjoy Rodrigo Sorogoyen and his co-writer Isabel Peña’s thrilling and powerful moral parable The Realm – it’s timeless, and could easily refer to any Western democracy in which one party has been in power for a while. In this one Manuel Lopez-Vidal (Antonio de la Torre) is a political fixer and regional vice-president and as a result of his diligent skulduggery in a system which clearly runs on bribery, influence-peddling, property deals and fraud, he’s on the verge of a break-through into big-time national politics. Locally, think Eddie Obeid promoted to Federal Attorney General – God help us!

But then a leaked tape, probably a result of a factional power play (that’s never made clear) punctures his ambitions. Actually, a lot of the players and events in the movie’s first act aren’t clear, and it takes a while to register that the details of what’s unfolding and who’s doing what to whom doesn’t really matter. The real excitement comes from the fast-talking brutal exchanges he has with his feral party colleagues, the bravura long tracking scenes, the unexpected and shocking situations Manuel finds himself in and the incessant, tension-ratcheting soundtrack – all of it quite unlike any other political thriller I can think of. Barrelling along at an incredible pace, he tries desperately at first to contain the damage and save some elements of his reputation and the sumptuous lifestyle he enjoys with his wife and teenage daughter (Monica Lopez and Maria de Nati, both excellent). And when that fails –  he turns the attack onto his party’s top leadership. Political junkies, and especially anyone in Australia who wants a break from the polite tedium of our ho-hum election campaign, will think they’re in heaven.

Though this, for both Manuel and the people of Spain, is more like that other place, down there… The key to Manuel’s survival strategy is his complicit relationship with a leading journalist and TV presenter (Barbara Lennie), who’s been introduced to us earlier in a cleverly ambiguous scene. Their interview on national TV is the film’s stunning climax – where events first take a 360° turn and then turn completely upside down. I just hope hope the ABC’s Leigh Sales gets to watch this. It’s an astonishing scene, one that initially left me breathless with excitement. And then, at the final fade, it was all I could do not to embarrass my partner, stand up and start wildly cheering. Woah! What an ending! M from May 16. At Palace Central and Verona   ★★★★1/2 View the trailer

The Daily Tele’s movie reviewer proclaimed that Mike Leigh’s epic look at a pivotal moment in the evolution of our democracy was only fit for “a 153-minute snooze,” (no link, I’m assuming our readers don’t have paid subscriptions to The Terror). That’s actually good news: News Corp’s verdict provides an excellent recommendation for the rest of us – for who would trust anything they say about politics – even those of 200 years ago? But actually, the truth is that for those with short attention spans – there is a problem with the film: It is totally authentic and dauntingly realistic in capturing how people lived and actually spoke back in 1819. And yes, guess what – then as now politicians make long and wordy speeches. Some of those here sound like they could have been written by Kevin Rudd.

Disconcertingly, Peterloo doesn’t follow any single character or provide any heroes we can identify with. We’re introduced to dozens of people before the shocking events take place, and many of them orate and pontificate at length at meetings and over the dinner table on a variety of issues – fair representation in Parliament, tax relief, universal suffrage and even the inequity of the corn laws (er, what?). The ruling class (vicious arrogant prigs – Leigh certainly isn’t at all interested in “balance”) are jittery after the French Revolution, and clearly want all resistance snuffed out, by brute force if necessary. It’s equally obvious some of the radicals figure an eruption of violence might serve their interests. The leading reformist orator of the day Henry Hunt (Rory Kinnear), a charismatic but stuck-up wealthy landholder turned “class traitor” – was determined to steer a middle ground, and his role is the most fascinating to watch. As it turns out though, he was a spectacular failure. For us now, both sides’ tactics seem naive – political movements are far more sophisticated and wise to the ways idiot hot-heads and agent-provocateurs can subvert their aims (though not always, there is One Nation!) But in 1819, the reformers were like lambs to the slaughter.

In all 19 demonstrators were killed when soldiers ran amok on horseback and trampled the protestors, their sabres slashing madly. The last half hour of the film while we’re in the thick of that bloody melee and its aftermath are some of the most visceral and rousing bits of agitprop filmmaking ever made. And although those tragic events are long distant and largely forgotten, Leigh’s movie still feels frighteningly contemporary and relevant – particularly in showing the utter contempt the elites had for the concerns of those who they considered beneath them. In the wake of Brexit and Trump, can anyone honestly say that has changed? M from May 16. Inner west cinemas include Palace Norton St, Central and Dendy Newtown. ★★★★  View the trailer 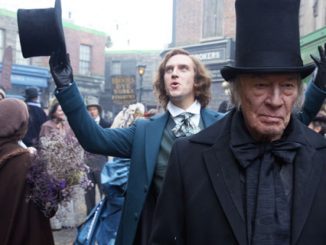 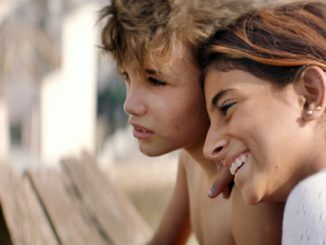