With upwards of ten billion dollars spent on the 2016 Rio Olympic Games, what impact do these mega structures and everything inside them have when the cameras and crowds have left?

In the news there has been a lot of talk around the Rio Olympics legacy – particularly in regards to it’s environmental impact.

You may of noticed that on the medal podiums, the traditional gift of a bouquet has been ditched in favour of a weird playdough-looking statute come medal holder (see picture). This has been put down to the wastefulness of flowers, with word of many athletes dropping them in the nearest bin after the cameras have gone. Next, the medals themselves have been manufactured with partially recycled silver and bronze. Even the gold medal is almost completely recycled raw silver – how that works, I don’t know. And the ribbons these medals are attached too, you better believe that is recycled materials too. And the tray the medals are carried on, made with a sustainable wood. And the podium the athletes are standing on, made with organic materials and will be reused as furniture long after the games are done. You get the point. The Olympics are “embracing sustainability”.

It is 2016 after all, so the move by the Olympic Committee to limit their environmental impact is not only a welcome, but expected, one. Sixteen years ago, however, how did our very own Sydney Olympics fare from an environmental point of view?

It turns out that Sydney 2000 were actually the first games to go “green”, with every aspect of the Games and the construction of facilities environmentally minded. Funnily enough, thanks to independent auditing by Greenpeace during the Games, it was deemed that Sydney did so well, it would then be used as the benchmark from which future games environmental efforts are measured. Gold star for you, Sydney.

A particularly notable initiative was the construction of the largest roof-based solar energy system in the world, which happily resided on the Sydney SuperDome. Alongside this, the Olympic village athlete housing – which is still used today – was designed to be eco friendly, with the entire suburb solar powered. On a smaller scale spectators received free public transport too and from the venues and private parking was banned, limiting road pollution.

We have come a long way since abandoned Olympic stadiums and disregard for environmental impact in a race to impress the world with new technologies and extravagant stadiums. Or have we? Only two years ago Sochi Winter Olympics built much of their infrastructure on what was once a protected national park, with environmental groups stating the Games were hugely damaging to the region and to the quality of life for many local residents. Or the Athens Olympics, which following on from the enviro-success of Sydney, failed to protect natural areas, manage waste or water conservation and made little move towards sustainable technologies.

With organisers claiming these Olympics to be “the most sustainable in history”, is that enough? 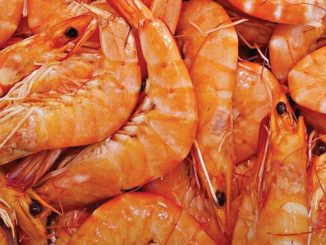