2.) Intimate partner violence and abuse can be physical, mental, sexual and emotional. Abuse in a relationship goes through a cycle: the honeymoon stage, planning, set up, abuse, guilt, excuses and then straight back to the honeymoon phase again. This cycle is played out throughout the book. In the honeymoon stage an abuser is affectionate to their partner as an apology for what they’ve done. In Fifty Shades, Christian often compliments Ana after he’s forced her into a non-consensual sexual situation.

3.) You cannot rescue an abuser. Ana wants to save Christian. Despite the temptation of many of us to fall for someone damaged in the hope of changing them, it is just not possible. A broken person can only fix themselves when they’re ready and willing. Christian says he’s ‘fifty shades of f**ked up’, admits he was sexually assaulted by an older woman when he was a minor and calls his mother a ‘crack whore’. Christian oozes psychopathic and sexually sadistic symptoms, and has extreme mood swings, which terrify and intimidate Ana.

5.) Abuse is about control. Christian wants to control what Ana wears, eats, what contraception she uses, how many hours she sleeps a night, who she sees, and whether she drinks or takes recreational drugs. Christian bugs her phone so he can track her down in his trademark all-or-nothing manipulative style. Christian also buys Ana very expensive gifts that make her feel pressured and obligated to him. The controlling aspect of their relationship facilitated by Ana and Christian’s different access to power. Ana is a young, sexually inexperienced student, on the other hand Christian is an older male billionaire.

If you are confused or unsure about an unwanted sexual experience or think you are experiencing abuse, call:1800 RESPECT (737 732) for phone counselling and referral services. 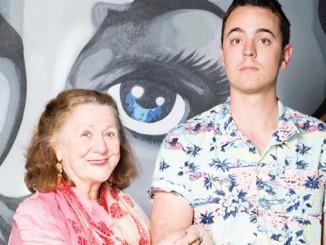