It’s a great month for challenging and provocative movies, and no surprise that many of our recommendations also screened at the Sydney Film Festival this year. But if you missed any of these five then, there’s no excuse now.

Quite ridiculously, I heard this whip-smart satire about millenials described as “blatant product placement for Instagram”. Huh? If so it’s certainly not anything the social media behemoth would want to pay for! Audrey Plaza (above right) plays Ingrid, who we first meet scrolling through her Insta-feed fuelling an unhealthy relationship with hashtags. Turns out she’s a full time cyber-stalker, and after one resulting misadventure, which lands her in a psych clinic, she’s off to LA to “follow” social media influencer Taylor Sloane (a wonderfully vapid Elizabeth Olsen). She’s soon Taylor and her husband’s bestie. “OMG you’re the most favourite person I have ever met!” says Taylor in the kind of fake familiar hyperbole that characterises most social media conversations. Of course things don’t end well for anyone, disastrously in fact. But not before debut writer/director Matt Spicer has brilliantly savaged online culture, West Coast hipsters and LA-Cool™. And he has a much bigger target in mind. Our whole society and capitalist economy is now governed by the algorithms generated by people like Ingrid. And like her it’s radidly careering headlong right up its own backside. MA15+ from Oct 26. ★★★★

Josh and Benny Safdie’s ferocious, darkly comic drama takes place over one furious long night in Queens. Robert Pattinson, in an incredible, galvanising performance plays Connie, a scummy low-life crim who is trying to raise bail money for his intellectually disabled brother (Benny Safdie), who has been arrested after the pair’s botched bank robbery. A jittery camera follows Connie as he lies and cheats his way through a series of increasingly desperate misadventures in the buzzing labyrinth of New York’s mean streets. Some, like when he’s trying to swindle money from his girlfriend (Jennifer Jason Leigh) are blackly funny, but others, especially an encounter with an underage teen, are so ghastly they’re almost impossible to watch. The pace is relentless and exhausting – augmented by that athletic camerawork, edgy editing and an eerie electronic score by Oneohtrix Point Never. The result is a film nearly as psychotic as its despicable central character. And yet, and yet… there is both honour and logic in everything Connie attempts, with the Safdies ramming home their political point in a highly uncomfortable third act during an encounter with a black security guard (Barkhad Abdi). Maybe its message can only be seen through the prism of the US’s fucked-up race relations, and there some critics were quite upset. But from any perspective, this is a powerful, unforgettable piece of work, and bravura movie-making. MA15+ from Oct 12. ★★★★1/2

All the movies listed here are pretty amazing, but boundary-pushing Mexican director Amat Escalante’s wild combination of sci-fi, bizarre sex and down-and dirty social realism is by far the freakiest. It begins like a Latin American TV soap, but deepens into an allegory about the devastating power of lust. Or something,  – I actually don’t know what its about, I doubt anyone does: A young mother (Ruth Amos) finds out her macho husband (Jesús Meza) is having an affair with her gay brother (Eden Villavicencio). Annoyed, she allows herself to be lead off by her new best friend (Simone Bucio) to an isolated house deep in the woods where a creature from another planet lives. With the manual dexterity of an all-hands-on-the-job octopus, it has the ability to unleash unfathomable sexual pleasure. For the right subjects that is. Others have the distinctly climatic experience of ending up dead! Let’s call this a high art-house schlocker – and outside of fringe film festivals, you’ll rarely see a movie quite as weird and wonderful as this. After a long, teasing and quite masterful build-up, we do get to see ET. Put it this way: You’ll never eat calamari again. R18+ from Oct 26. ★★★★

Few of us stop and think while we’re flinging “two-for-a-dollar” tasty tuna snack packs into our shopping trolleys. But as Karina Holden’s galvanizing doco about the industrial-scale exploitation of our oceans shows, it is time to stop viewing our oceans as some vast limitless resource and dumping ground. Amidst the stunning underwater footage of ocean life in are scenes that that are truly horrifying, almost too much to comprehend. Watching sharks have their fins sliced off and then just casually and cruelly dumped is stomach-churning enough, but there are far worse scenes. Fortunately the film doesn’t overplay the outrage, and packs a punchy message in an economical running time. And helpfully concludes with an “action plan,” but be warned – you may not be ordering that Ocean Platter again for a while. PG from Oct 12. ★★★★

The Killing of a Sacred Deer

You’ll have to wait til November for the best of the lot, but its worth the wait! And we can now say this about Nicole Kidman: She’ll do absolutely anything. Walk down the street of a NSW town naked (Strangerland), not a problem. Be humiliatingly married to and beaten up by a sociopath in a hit HBO series, just ask Nic. Expose herself in an certifiably mad project by the outrageous Yorgos Lanthimos (Lobster), sure, why not? In his latest bat-shit crazy film she’s married to a successful cardiologist (Colin Farrell), and early on we learn the couple has a very odd sex life indeed. Favoured position is something called “The General Anaesthetic” (yes, exactly what you’re thinking), and the 50-year-old trooper demonstrates it with a complete lack of modesty not once but twice. Far greater challenges lie in store, for Lanthimos is intent on torturing us. The film starts as a strange off-key family drama but soon turns into an absurd surreal thriller as the surgeon is faced with an impossible choice: to atone for the past sin of losing of patient due to criminal negligence, he must kill either one of his two children or his wife. Fortunately, we’re never in any doubt the resulting violence is a metaphor, but such is the skill of this director and the power of his actors, including the superbly creepy Barry Keoghan (Dunkirk) as the deranged instigator of the mayhem, it all remains terrifyingly, shockingly real. You can never step back from the horror and say, “this can’t be happening!” Take something to sedate yourself afterwards – you’ll need to. But do not try that position!  Apart from everything else, it’s not covered by Medicare. CTC from Nov 16. ★★★★★ 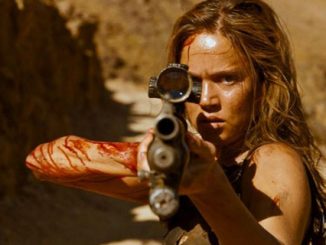 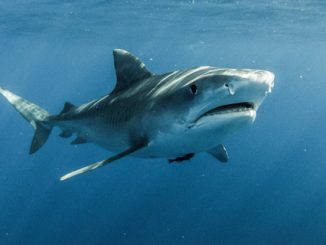