Now in its fourth year, the much loved Footprints Eco Festival returns for 2014 at Whites Creek Valley Park, Annandale, from 10am to 3pm on August 24th. This year’s festival is choc-a-bloc with feel good workshops, educational entertainment and scrumptiously sustainable food to munch on.

Come away from the EcoFestival with a whole new look and a feel good ‘tude. After the success of last year’s clothes exchange, Footprints will be hosting another fashion swapping session starting at 11:00am.

Drop your unwanted clothing items outside Whites Creek Dairy, then return after 12pm to hoe into all the free fashion finds.

Afterwards, get some outfit inspiration at Ciao Magazine’s very own fashion parade, which will be featuring exclusively ‘upcycled’ styles. The parade kicks off at 1.45pm on the Footprints main stage.

Bring your kids to catch Greg Page, of Yellow Wiggle fame, back on stage with his new project, Butterscotch’s Playground. Page will be leading the audience on an educational adventure with some help from his animal friends, Butterscotch Bunny, Honey Bear and Owlivia who, yes, is an owl.

The show starts at 12.15pm on the Footprints main stage.

Keeper of the Bees

Become the ultimate inner-city greenie with a two-hour demonstration on attracting and keeping native bees in your backyard. The workshop is run by Seed. Harvest. Spoon, a local initiative dedicated to intergenerational sustainability education. Running from 11.30am to 1.30pm there will be plenty of time to ask the sticky questions on collecting honey and avoiding stings.

If that all sounds a bit River Cottage to you, hang around for the honey!

If you’re a bicycling film buff be sure to pack enough popcorn in your pannier for the Footprints Film Festival, which will be screening as part of the EcoFestival at a cycle-powered cinema.

The festival features 15 short films on a range of topics pertinent to sustainability; such as reducing food waste and identifying native mice. (And you thought they were just rats!)

The film festival will take place in the Cycle-in-Cinema Tent at the park. Screening will go all day, starting from 11am, with the winners announced at the end of the festival at 3pm.

This year Footprint Filmmakers are jostling to win $2000 worth of photography equipment from Photo-Shop-Studio, a $1500 voucher from Bicycle Garage in Lilyfield, a $500 voucher from Terrific Scientific and a bunch of tickets from Norton St Cinema.

The Film Festival requires a platoon of enthusiastic legs to keep the screen up and running, so don’t miss out on the chance to catch some locals on film, and show off your spandex. There will also be bicycle blenders outside the tent offering festival-goers freshly spun smoothies to complete their cinema experience. 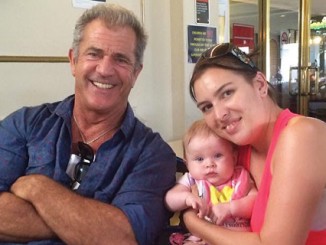 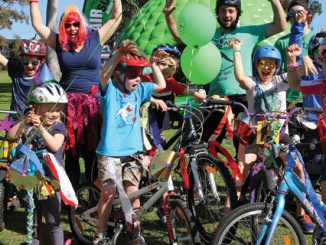