What do kids actually learn when they go to tutoring? Bella Taylor examines the rationale behind one of the Inner West’s most popular tutoring centres.

Settled in amongst the yoga and Zumba classes of the Summer Hill Community Centre is the R3 Education Centre. This tuition practice, winner of the 2012 Inner West Local Business Award, is one of more than 3000 tutoring businesses in New South Wales and Victoria alone. The owner of R3 (pronounced “r-cubed”), Naomi Innes, is well aware of the growing competition but is confident her centre stands out. “I am about pursuing the potential in the child at the rate that is comfortable for them. It’s not about ticking boxes. I don’t say ‘you’re in year three, you must tick these boxes.’”

Naomi is a trained pharmacist but her tutoring experience reaches back more than 20 years to when she was in university and tutoring students privately in Maths and English. Once she had completed her degree she went back to her high school and taught lunchtime classes for kids who were struggling academically.

The arrival of her own children forced a reassessment of her career plans. Pharmacy demanded very long hours and she rediscovered her interest in teaching through helping her son. In 2005 she decided to open her own tutoring business, but, lacking the crucial business experience, went first into running the Summer Hill branch of a tutoring franchise.

Extra-curricular tutoring has become a huge, global industry. Its growth represents, in part, the increased privatisation of education as budgets are cut, public schools become less desirable and private schools continue to be financially out of reach for many families. So, they turn to scholarships, selective schools and streaming within mainstream comprehensive schools, all of which require the children to sit exams, which many tutoring companies explicitly aim to make more accessible.

Private tutoring is also a response to increasing standardised testing across the national curriculum and greater numbers of immigrant families for whom academic tutoring is one of limited ways to overcome the disadvantages of systemic racism and classism.

“My parents were Vietnamese refugees – they came to Australian in 1980 with nothing other than the clothes on their backs. Both my parents were educated in Vietnam and for them, having to start with nothing here in Australia, they knew that they wanted to invest in their daughters’ education because that equalled opportunities.”

Naomi spent five years at the franchise. Before she left, she had begun to identify what she saw as its limitations. “The kids couldn’t think outside the square and it was getting quite robotic,” she says.

A particular concern for Naomi was the inability in many students to translate the rules they had learned in class to any real world problems. “Kids could subtract, add, multiply and divide really well but they couldn’t work out time differences on a train timetable.”

This echoes a key concern expressed about private tutoring – that it’s so geared to achieving specific test results that it encourages rote learning. What this criticism often overlooks is that tutoring is responding to the increasing focus on standardised-testing in mainstream schools. However, Naomi feels there is a role for private tuition outside of the space carved out for it by NAPLAN tests.

“It’s not a blame game. The schools have to meet a certain outcome at every stage of education – that’s what the system is. I don’t want to take the role of the school, I think that’s too hard! But I want to be able to complement the school,” she says.

Developing the R3 curriculum in 2011, Naomi looked at the students who had made the most progress under her tuition, and then worked backwards, identifying what was different in those students. “I could see that the students who did really well were able to apply what they’d learnt to other areas.” This is not an issue specific to the application of maths, but English too. Naomi would ask her students to read the story of Little Red Riding Hood and think about it from the wolf’s perspective. “A lot of kids got stumped on that – they couldn’t empathise with the characters. That inferential comprehension wasn’t there.”

Naomi set up R3 in an attempt to address these recurring problems of application. In doing so she has also shifted her model away from a test-based one.

Another criticism of extra-curricular tutoring is that it exhausts and intimidates children. Naomi agrees. “Pushing kids above their ability can create all sorts of stresses and anxieties in the child, ” she says. Naomi is conscious of diverging from the tutoring mould. “I’m working against the mainstream of tutoring and that’s something that’s hard to convince someone, especially new families. It’s not a mass-produced style of tutoring where I’m out to get a very specific result in a short period of time. Learning is a progression and it’s a skill you learn for life. It’s hard to quantify!” This attitude is mirrored in the company’s attitude towards homework. “Doing a little bit each day is better than doing it all in one go – the real world isn’t like that. You can’t do all your work in one day and then not turn up to work for the rest of the week.”

The company is nonetheless rigorous in building solid learning foundations. Naomi cites the example of children writing the number ‘8’ as just two circles on top of each other, rather than by the correct stroke order. “I think it’s much better to learn something properly than to unlearn something later,” she says.

Naomi is also very strong on the importance of learning grammar. “I think grammar is under-taught [in schools]. We have no qualms teachings kids the names of dinosaurs – ‘this is a tyrannosaurus, this is a diplodocus, this is a stegosaurus’ – and yet we feel that labelling nouns, verbs and adjectives is too hard. We’ve always taught those terms – we just throw them in and if the kids don’t learn them the first time, they’ll learn them the next time.”

Naomi’s conception of learning as an ongoing, linear development fosters her very strong defence of tutoring, despite her concern about some of the existing practices. Naomi is well aware of the pushback against tutoring and the increasingly heated debate about whether it is beneficial or fair to children. Naomi sees an inconsistency in how Australia treats the development of intellect in children. “If you have a child who is good at music, nobody bats an eyelid when they’re seven years old and playing grade three violin. Nobody says ‘oh you’re too pushy!’”

Naomi wants academia to be regarded as a skill, honed over time, like drama or sport. “If you have a child who is blitzing the under-eights in soccer, of course you move him up to the under-nines or the under-tens. We accept that in Australia.”

Tutor your kids at home – tips and tricks

• Where possible try and make learning fun, such as games or songs that aid with tuition. Kids learn more if they are engaged with the subject matter
• Try and hone in on your child’s learning style and respond to this; if they are a visual learner utilise this learning style
• Work with and not against your child, don’t make them fear you as an assessor but more as an assistant that they can point out their difficulties to
• Give encouragement and praise when your child is getting the answers right and constructive support when your child gets the answer wrong; try and map out the steps to the correct answer so that they can see and understand where they went wrong
• Try not to load your child’s schedule up too much, you don’t want to unnecessarily stress them out at a young age. If tutoring is needed it might be worth dropping another activity 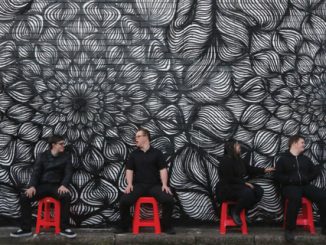