For some a day of celebration, others a day of guilt or anger. We asked Inner West residents for another perspective on Australia Day, 2015.

What is the significance of January 26th to you?
Adam Geczy (AG): It is an opportunity for Australia to flout its apathy. The land of the long weekend and where the culture is preferably spelt ‘kulcha’ struts its stuff with harbor pageants and barbecues and where one more layer of soil is placed over the burial of really hard and unwelcome truths. And when you want to speak the ‘truth’ you get branded as a leftie, or a nancy or a commie. Name-calling is the order of the day…but maybe under people’s breaths, especially in the afternoon when half the country is drunk.
Blak Douglas (BD): Thankfully, I became aware whilst studying at university. Also, I’ve spent times on a multitude of Countries and sat in the dirt with a variety of respected elders, both tribal and modern. The wisdom and logic they’ve disclosed sadly infinitely surpasses anyone I’ve encountered whom proudly waves ‘the’ flag on ‘that’ day and announces themselves as ‘Australian’.

Should it be a public holiday?
BD: No, it should be a state funeral. Flags flown at half-mast and every ‘Australian’ citizen should offer the voluntary service of scrubbing the floors of an Aboriginal person’s bathroom.

Your upcoming exhibition, Blakattack, particularly the mural ‘Another way of thinking about Australia Day 2015’engages with contrasting meanings of Australia Day. What do you hope your works brings to its viewers?
BD: As per our 2013/14 exhibition ‘BOMB’ at the AAMU in the Netherlands, this exhibit is not for the faint hearted. We can only hope that these works provide a visual link to an understanding. An understanding of just how obnoxiously offensive it is to celebrate a day of settlement (invasion) whilst standing on the back of Aboriginal culture for a better view of the fireworks.

What role do you think humour can play in confronting ignorance?
AG: Well humour can be used as a distancing measure, that is, not bringing yourself down to the level. At the same time it can be used to bring people in and they find themselves laughing at themselves or something even more severe. Laughter can also be a reflex of embarrassment: that one is so gobsmacked and lost for words all you can do is gaffaw – which is what we tend to do on a daily basis in this country.

How important do you think “Australia Day” is to society today? Why do you think people still celebrate it?
AG: Every country has a national holiday or national commemoration day. But while that day is our national day there will never be unity or harmony between black and white. The day, as is, is a commemoration of ongoing disunity.
BD: The trough is a habitual feeding place for the sheep. Sheep need to be fed.

Do you think a national day acknowledging the violences of colonisation, like Invasion Day, would be more appropriate?
AG: That’s not realistic. There are a lot of inflammatory words for it which may be true but would never be instated. But call it for what it is: colony day.
BD: No, it should be acknowledged daily. When I was at primary school, we would receive the ‘Lords Prayer’ over a speaker in the class room before we commenced the day. A dedication to the slain, the incarcerated and the abused should be publicly announced on speakers not only in schools, but town squares and shopping malls.

Neelu Singh is a resident of Burwood, who immigrated to Sydney four years ago from Nepal.

Does Nepal have a National day?
Nepal has many national holidays; Republic day in May, Democracy day in March and many more public holidays.

How did you you spend these days? And what did they mean for you?
I spent them at home just doing normal daily household work.
For me personally, those days made me feel sad because of the corruption. Insecurity to public life and housing has increased over the years.

What do you usually do on January 26th? Is it an important day for you?
I usually go to Darling Harbour to observe the Australia Day celebration. Australia is my dream country and watching other people getting Australian citizenship gives me hope that one day I will be able to call Australia home.
Thus, you can say Australia Day is important to me.

What is the biggest thing you have learnt since moving here?
Independence and equality. In Nepal, we women have to depend on our partner for everything. Here in Australia we can make our own decisions.

Do you think Australia is a nationalistic country?
Yes, of course.

Do you feel Australia Day celebrations are inclusive of all residents?
I guess four years is not enough to think deeply about it.

Michael Megna is a small business owner and Liberal councillor. He has served on the Canada Bay Council for over 20 years.

What is the significance of Janaury 26th to you?
It’s a day where all Australians who come from every point of the compass can celebrate what it is to be an Australian. As the son of migrant parents and grandparents, I consider myself an Australian who enjoys the multicultural aspects of our way of life, which is quite evident in the Inner West where we have Italian, Asian, Anglo-Celtic, Arabic, subcontinent and European, all living harmoniously together.

How do you usually spend the day?
I usually attend Canada Bay Council’s Australia Day ceremony in the morning, then relax with family and friends. If I’m not in Sydney due to the holiday season, then I will attend a local ceremony or activity as I do if I’m away on Anzac Day.
I think Australia Day was just an excuse for a long weekend a couple of decades ago. The relevance was lost on people at the time but I think due to governments concentrating their efforts on Australia Day ambassadors and local events, it has become an integral part of our way of life.

How important do you think Australia Day is to people today?
I think it’s becoming more relevant to the younger generations, as is Anzac Day even a century later. You only need to see everyday Australians in vast numbers wearing Australian-flag motif clothing or playing a game of cricket on the beach or in their backyards to see how the day is embraced by the community.

Do you think January 26th is an appropriate day for Australia’s national celebration?
It’s the day that has been historically linked with Australia Day but if the day changed, it would still be a day where all Australians, whether citizens or not, can celebrate our diverse culture, whether we were born here or came from another country.

Three ways to be more informed about Aboriginal history

1. Know the correct name for the Country upon which you reside.
(Leichhardt is Cadigal, Ashfield is Wangal, etcetera)

2. Ensure both you and your children have seen these five films –
-Women of the Sun (J. Saunders)
-One Night the Moon (Paul Kelly)
-The Tracker (David Gulpillil)
-Beneath the Clouds (Ivan Sen)
-Barbakiueria (Don Featherstone)

3) Become informed of the quest for First Nations people’s pursuit of sovereignty and follow it with a passion as though watching an elite white Australian male cloned sporting code – like cricket. Visit the Sovereign Union of First Nations and Peoples in Australia website: www.sovereignunion.mobi 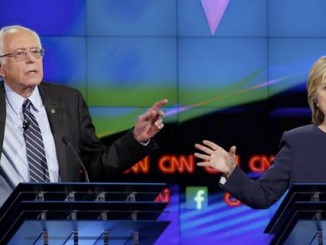