New tours with an organic slant

The Hunter Valley is one of Australia’s most historic – and interesting – wine regions, with roots
that date back almost 190 years.

The first major grape plantings were undertaken in the 1820s when James Busby, widely considered the father of Australian wine, purchased land between the settlements of Branxton and Singleton and named it Kirkton after his Scottish birthplace.

Busby travelled extensively throughout Europe and South Africa, collecting cuttings from over 500
vineyards, including six of syrah (shiraz) from the Hermitage hill in the Rhone Valley.

Today, the most widely planted grape varieties in the Hunter are semillon, chardonnay and
verdelho among the whites and shiraz among the reds with tiny plantings of cabernet sauvignon
and “alternative varieties”.

To keep pace with the growing interest in minimal intervention wines, and to cater to those keen
to know the difference between natural, organic and biodynamic wines and to learn about the
philosophies behind all three, a new two-day tour was recently launched by wine educator and
freelance writer Daniel Honan.

Guests on The Wine Idealist Tour learn first-hand the differences between the three winemaking
styles; touring the vineyards with viticulturists, tasting with winemakers and eating local organic
produce along the way.

Guests tour the vineyards and look at the sustainable agriculture initiatives with Tamburlaine
winemaker Mark Davidson, see how biodynamics are put into practice and learn about amphorae
as winemaking tools with Pete Windrim, and see wines fermenting with Ross McDonald at
Macquariedale.

Honan has designed an itinerary that goes well beyond the standard bus tour and tasting, it’s a
hands-on experience that includes overnight accommodation at Harkham Windarra Lodge and all
meals, including lunch at Restaurant Eighty Eight at Peppers Convent and a special winegrowers
dinner at Circa 1876.

Both meals are devised by executive chef George Francisco from ethically-sourced and local
organic produce. A tour of the kitchen garden is also included.

There are also gourmet picnics on the lawns at Krinklewood and organic breakfasts provided by
Organic Feast and Momo.

The dinner at Circa 1876 gives guests the chance to question makers of sustainable wines on
their philosophies one-on-one while consuming the various wines featured, along with food.

During the two days guests get the chance to see grapes fermenting, to do barrel tastings and
learn insider secrets, as well as tasting grapes from the vine if the season is right and learning what
cows and the moon have to do with fine wine.

Transport around the valley is provided by Hunter Valley Boutique Tours in comfortable vehicles
and the tours may be expanded in the future if interest in sustainable winemaking is maintained.
Honan’s enthusiasm shines through on his tours, which comprise either two-day all-inclusive tour
or a special one-day bespoke tour.

And for those who think minimal intervention winemaking is a fad, Usher Tinkler, a member of
one of the valley’s most respected grape growing families, recently planted a tiny biodynamic
shiraz vineyard he plans to plough retro-style with a horse, while Ascella Pure Wines at Milbrodale
and Greg Silkman at First Creek also produce organic wines.

The Wine Idealist tours will run twice seasonally, eight times a year, and prices start from $899 all inclusive. For details: www.thewineidealist.com/home/tours/tours-book/.

The Valley’s best all in one place

The event will be staged at Crowne Plaza Hunter Valley, with more exhibitors, more food options and more entertainment – but without any increase in ticket prices.
The pre-purchase $20 entry ticket provides five tasting vouchers that can be used to taste wines from some 40 vineyards, including the Valley’s major wineries, as well as boutique producers. There will also be beer and cider tastings at the on-site Lovedale Brewery, food outlets, and entertainment throughout the day.
“The event will be an important addition to the Hunter Valley Food & Wine Month,” said festival manager Jenny Farrell.

“Since re-establishing the festival after a 30 year hiatus, it has been held in October, but on both occasions it coincided with a severe heat wave and we thought that with the Hunter’s very mild winter climate, it would be more comfortable and attractive for wine lovers to appreciate the Valley’s superb wines as part of Food & Wine Month.”

“It has been fantastic to have the support of the major wineries – many of whom had been at the previous Hunter Valley Festivals back in the early 1980s, as well as so many boutique wineries.”

Crowne Plaza Hunter Valley Resort is located in Lovedale, two hours’ drive from Sydney, and is the perfect base from which to discover the Hunter region.

Special “Stay and Play” packages are available at the Crowne Plaza Hunter Valley from $279.00 per night including accommodation, breakfast and festival tickets. Reservations on 138 388, or book online at www.crowneplazahuntervalley.com.au.
For tickets and further information visit www.huntervalleywinefestival.com. 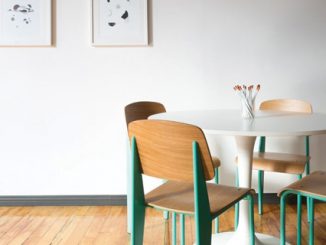 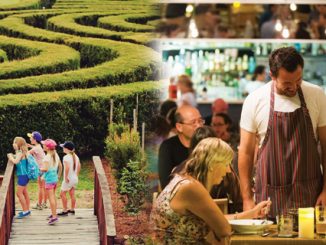