Glebe residents, Maddie Parker and Jim Fishwick have been performing theatre sports for a decade, and yet in the national championships, the Cranston Cup – their team is billed as the “young guns”.

Jim Fishwick describes his team (‘The crash test dummies’), which includes Maddie Parker and Emilia Higgs, as “me and my two best friends”.

“We spend a whole bunch of time together, like we will hang out for two hours before shows drinking tea and just being weird. And then the show is pretty much just like that – except without the tea,” he says.

Jim was inspired to take up improvised theatre at the age of 11 after watching that year’s Cranston Cup. “I was like, ‘I wanna do that.’ So it would be pretty important to me if we win, as an affirmation of what I’ve been doing the last ten years.”

Maddie says improvisation is her one big love. “It’s definitely made me more confident and fearless as a person, because getting up on stage with nothing is the hardest thing,” she says.

Maddie has been vocal about dissolving the ‘boys club’ feel that used to dominate theatre sports competitions.

“There are still all-male teams, or teams with a token woman and I call that out when I can because there are so many funny and talented women around,” she says.

If you’ve never seen theatre sports live, the Cranston Cup is the cream of the crop and a perfect introduction.

“It’s a group of people taking a suggestion to create a scene that has never been seen before and never will be seen again,” explains Maddie. “And it’s all made up on the spot!”

“Theatre sports is like a mix of playing make-believe and competitive wrestling,” says Jim.

“An actor who I did a few classes with had a nice phrase. ‘Life is like living in a box of packing foam, being on stage is like you are actually living’.”

“Being onstage performing theatre sports is this addictive feeling of being free and spontaneous, a living-in-the-now that is actually kind of a relief.”

The Cranston Cup is on at the Enmore Theatre on Sunday November 27th. To catch the Crash Test Dummies on the big night go to: www.enmoretheatre.com.au/events 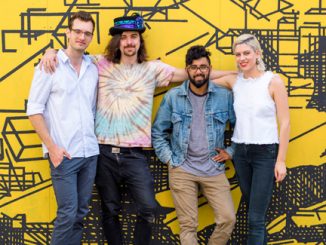 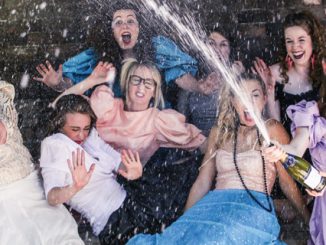 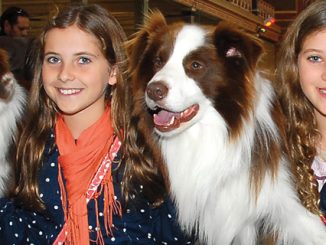