• The glutinous feast-a-thon that was once Emma’s on Liberty has now been repackaged and rolled to the size of a haloumi kebab, as a Snackbar. The makeover looks pretty shweet, but, as every trend punter knows, retro slide-letter menu boards are so M-E-S-S-I-N-A.

• The Bay Run will finally be the seven kilometres of pure satisfaction we always knew it could be with the new footbridge crossing the Iron Cove Creek predicted to be complete by next June. Shame no bridge could ever lessen the wrath of an inconvenienced cyclist.

• For those not into the local council scene, last night was mayoral swingers eve. Leichhardt Council was hooked up with Greens Councillor Rochelle Porteous, while Marrickville Council was sent home with Independent Councillor Mark Gardiner. We are looking out for the day Marrickville and Leichhardt Councils “realise” they are destined to be together…

• A new extracurricular activity has come to Leichhardt for your kiddies. Is it Kung Fu? Is it baby business classes? Weirdly, it’s both. The mixed martial arts and businesses classes are targeted at 8-12 year olds and led by (you guessed it) a real-life entrepreneur. Maybe Leichhardt Council can get on board and turn stakeholder negotiations into a kooky, kick-arse afternoon activity. Onesies will be compulsory.

• One of the Tropfest finalists hails from the ever-creative suburb of Newtown. Aleksander Tranberg has entered a film about two men battling it out to become part of the upper class. Is it an allegory for the gentrification of Marrickville and Newtown, or a reflection of the dire competition between Yogoberry and MooBerry on King Street? Only time will tell.

• Did anyone say Cronut pie? 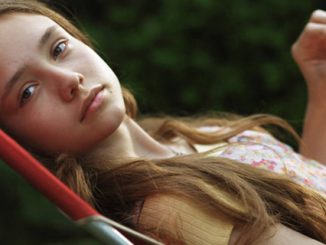 Jared has some good news!