• This week Marrickville Council backed away from claims that it was the first council in NSW to divest from Fossil Fuels with media reporting it was divesting its $60 million portfolio from Australia’s biggest banks: Commonwealth Bank, Westpac, ANZ and NAB. Its new fiscal policy was rephrased in much more polite terms, saying that in the future Marrickville would preference institutions that did not help fund fossil fuel industries, and that this change would only ever impact a maximum of 20% of its portfolio. The PR turn around conveniently coincided with Westpac CEO Gail Kelly’s visit to Marrickville to officially open a new school for disengaged students…Plenty of fodder for climate change conspiracy theorists to sink their teeth into – but unfortunately no policy meat.

• The delicious dessertary and scrumptious food of Hartsyard on Enmore Rd will be expanding in to generous cocktails and beers at a new bar just up the street. Owners Gregory Llewellyn and Naomi Hart told Hospitalitymagazine.com that the new bar would focus on service, following the model of American bars where table service is du jour. The bar will be named after Llewellyn’s grandfather (Gretz) and fitted out by New York based designer, Ashley Couch.

• Coverage of Sydney’s state 2015 elections has strangely produced mass-hysteria (from mostly men) about the ‘queering potential’ of Sydney’s LGBTIQ voters.  Sydney Morning Herald and The Star Observer tackled who would be “queer” enough for the newly formed electorate of Newtown. Liberals have packed off (strategically) leaving Labor’s Penny Sharpe, potentially the first lesbian member of State parliament, and Green’s Jenny Leong, who openly supports Marriage Equality, to electioneer King St. Despite the media attention on their respective rainbow-flag waving, their policies are both prioritising affordable housing in the area, as well as transport and child-care.

• NSW Labor Government’s draft UrbanGrowth proposal for Parramatta Road has been released involving up to 5,500 new dwellings being built in the Taverners Hill area, over 2000 in Leichhardt and 2000 in Camperdown. Community groups have already gathered to critique the plan with precinct committeesRemove featured image from Annandale and Leichhardt holding forums on the proposals. 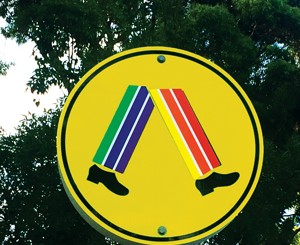