• Rozelle Markets went ahead last week under they direction of Blue Sky. The markets looked similar but with an intentionally hipster looking banner reading, “Rozelle Collectors Markets” at the front. The day was quiet, with no musician playing when Ciao attended. Changing rooms were not organised for buyers to try clothes on before making a buying decision. At least there’s been no increase in rent for stalls announced.

• On 10.35pm Wednesday night at a pub on Australia St in Newtown a man was glassed in the face during a fight, resulting in serious scratches. A report released by City of Sydney in January has found that Newtown foot traffic has increased by 200 per cent at peak times since 2012. At midnight, pedestrian numbers have increased by more than 1700 people. A local who lives near King Street believes that increases are due to lock-out laws being established in city areas. He said he is now more cautious walking down the street past midnight.

• The restaurant and theatres of Palace Cinemas Norton Street were evacuated last month due to a bomb scare. A 200-metre exclusion zone was set up. Officers checked under parked cars and foliage after a bag was left in the cinema under a pot plant. The bag was found to contain nothing lethal.

• During the recent Sydney storm three people were reportedly hit by lightning. One woman was taken to hospital after lightning struck close to her in a street in Balmain. She was reported as being in an alert state, so it seems no real damage was done. 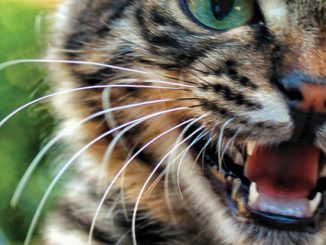