• Rumour has it that now Supabarn in Five Dock has been successfully sold to Coles, we can expect a Coles-like frontage hitting Five Dock’s shopping strip in a few months. There is further speculation that a Woolworths will also be heading to Great North Rd, and that ALDI may be appearing in a new development on Lyons Rd.

• The community at Wentworth Point and Newington has started a petition complaining that there is not an adequate amount of bus services to take children who live in the new suburbs to get to Concord High School. Sam Panozzo who started the petition wrote, “In 2015, Newington and Wentworth Point buses were packed to the brim. All seats were filled, people were standing in restricted areas and the standing capacity was almost double the legal limit. With the addition of new Year 7’s, students and parents have had enough. This is an urgent matter of safety for the bus and students.” Wentworth Point has been a sore spot for transport trouble; last year residents told SMH that it can take half-an-hour to pass through the DFO roundabout in peak hours. 2500 more apartments are being planned to be built in the area over the next three years.

• A Mecca of frankenfood has opened its doors in Dulwich Hill, with the creators of the viral ‘Tella Ball” establishing a flagship store in the gourmet hood. On the menu is a range of unearthly delights including “GELATODOUGH” (a gelato infused doughnut on a stick) “CRONUTS”, (deep fried croissant) and plenty of very intsagrammable monster shakes.  Meanwhile the mammoth doughnuts from Doughnut Time are racking in a roaring trade on King Street. Cronuts are paleo, right?

Vito – Hot or Not 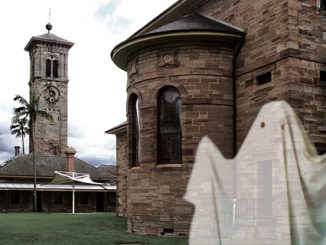