• NSW Premier Mike Baird made an unsavoury comment last week opening the newly refurbished Pasticceria Papa, Haberfield’s most famous shop. The appearance was bittersweet for Haberfield residents, who have been fighting the WestConnex plans to install a ventilation outlet in the suburb, where heritage homes are slated for destruction. Dozens of protestors from the WestCONnex action group turned up. Baird reportedly stated, “They know what they don’t want. But I know what they do want: ricotta cheesecake!” Protestors have called it Baird’s ‘Let them eat cake moment.’

• A Sydney Morning Herald report based on research by the University of NSW found Sydney’s housing prices may have been artificially inflated by landlords purposefully not renting out properties. Why would they do that? Because losses can be offset by tax breaks such as negative gearing and capital gains concessions while the value of the property grows. Inner West suburbs have disappointing occupancy rates. Balmain has the lowest rate, with 9.1 per cent of dwellings are empty, meaning there’s around 675 unoccupied properties. In Leichhardt and Annandale, 8.5 per cent of dwellings are unoccupied, which amounts to 923 dwellings that aren’t being used. There are similar levels of occupancy in Five Dock, Abbotsford and Glebe, with an estimated total of 90,000 vacant properties in all of Sydney.

• A certain Five Dock cafe looks in need of a social media makeover given their website claims, “The Best Italian food is made right here in San Fransisco!”. If that wasn’t awkward enough to snort laugh a spaghettini strand up your nose, the mission statement on their home page reads, “We at Modello believe an intimate atmosphere in the right location (sic).” HINT: the name of the cafe is not Modello – but a rose by another name, right? 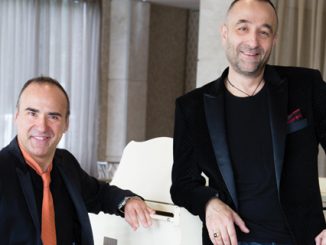