Food is a big fat pleasure and passion of mine. I am also known to have quite a lot to say about sustainability and environmental impact. Over the years, I have been a huge supporter of ‘local, seasonal and sustainable’ branding. Those words have been on my menus since a long way back.

Interestingly, as the years have gone by there has been a very distinct shift from ‘Sustainability’ being solely the realm of the politically motivated to becoming a much more mainstream concept. As this has happened we see big companies starting to cash in on environmentalism, ‘greenwashing’ their products and brands.

I was recently talking with a distribution company that prides itself on a direct ‘farmer to plate’ ethos.They mentioned that it was getting harder to compete in the space because the ‘local, seasonal and sustainable’ market is getting more competitive…HOW COOL IS THAT!? Unfortunately, this is not the response the distributors were looking for.

I started believing in the environmentally ethical values because they are bloody important to our future, and the future of our food supply – not because I was interested in making money. I was a bit stupid back then, not because I now necessarily think that money is the end goal (there are too many untenable virtues that cash can’t measure), rather because unless someone is making proper money from something it will not gain traction. As they say, business is in the business of staying in business.

Impassioned rhetoric without achieving anything is the realm of fools, fairies and politicians. If you want to make the world a better place make a chunk of cash at the same time, and just see how that mobilises a whole bunch of people to get on board.

I see now that there is a section of the environmentalist and politically motivated community that has a hard time with accepting this; large companies are now scorned for ‘cashing in’ on exactly what environmentalists and hipsters wanted them to do in the first place. The irony of these complaints is palpable and quite distasteful when the broken-backed farmer, after tiling in their organic, free-range fields, are cooking the meals of well fed, healthy, Eastern-Suburb environmentalist foodies (and Inner Westies too) who want yet another quirky dining experience to critique and pontificate on.

Rant: What does "biodynamic" actually mean? 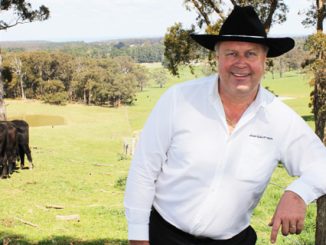 At Home With Craig Cook