Jared weighs in on the supermarket wars…

Yesterday I had a meeting to talk through an amazing, delicious and huge event. As I was chatting and developing ideas based on a 70s backyard barbecue or sausage sizzle, someone mentioned Heston’s sausages. My response was a clear: “Are you f***ing kidding me!?”

Let me expand… A TV production company does a deal with Jamie and he becomes super hot, a supermarket does a deal with Jamie because he is hot property and Jamie becomes even bigger and more influential. Then Australian food companies jump on the bandwagon because they ALWAYS follow imported trends, which are measurable, have less risk and are apparently safer than backing an original idea.

So Woolworths does a deal with Jamie to promote fresh food that screws over the local fresh food growers forcing primary industry to pay for the very marketing campaign that does no measurable or tangible good for anyone other than Jamie and Woolworths! Fear then dictates that Coles can’t NOT do anything, so they turn to Heston (the only other measurable choice in the market place), and Heston comes up with some soulless pre-digested crap that is based on gimmick and profit.

As a result Cathy in Campbelltown, Mary in Mona Vale and Pat in Paddington are buying this ‘stuff’ that is detrimental to the environment, their health and their ability to understand whole foods, and they are doing it because they are being told to! They are feeding themselves with the polar opposite of everything I believe to be good and true, fooling themselves and re-training their own palate to accept horrendous levels of seasoning, salt and sugar because supermarket executives have told them to, all the while delivering horrendous levels of profit to the detriment of all.

The worst part is that Jamie and Heston are awesome and so talented! You do not get to where they have without bucket-loads of talent, creativity and more hard work than most mortals are even capable of! However, the answer is still: “No I do not think Heston’s sausages would be a wise choice for our particular event.” 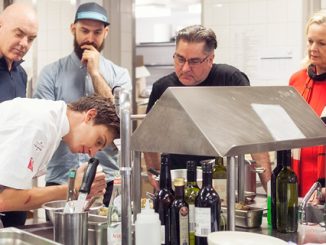 At Home with Aaron Ward 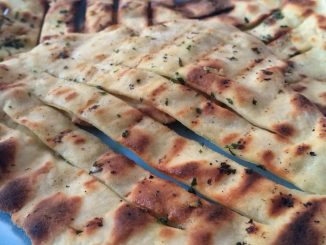