Bobbi Lewin looks through the gathering clouds of climate change to find the sustainable future being sown by dedicated locals.

With the current state of urban sprawl, ever increasing pollution of our waterways, and a dwindling oil supply, it’s easy to imagine a dystopian world where clean water is sold on the black market and people starve because they don’t know how to grow a pumpkin. Here in Sydney’s Inner West, communities are coming together to create a future filled, instead, with clean running water, abundant food sources, and lush swaths of regenerated native bushland.

On a sunny Sydney winter afternoon that knocked all worries of the depleted ozone layer out of my mind, Gillian Leahy and her handsome chocolate Lab, Baxter, took me on a tour of the sprouting Whites Creek Valley Park Food Forest and Community Orchard.

Friends of Whites Creek Valley Park oversee the Food Forest located in Annandale. Gillian, FOWCVP secretary, explained how the Food Forest differs from a traditional community garden or orchard. “At first, some people might think there are just weeds in there,” she said, waving her hand to the ground cover of clover and ryegrass which are an important part of the permaculture foundation of this garden.

A permaculture garden is modelled on a natural eco-system; it is self-sustaining and uses organic techniques for improving the soil and warding off insect invaders. It is a system that keeps producing, and in greater abundance than a traditional garden.

Leichhardt Council unveiled the Food Forest in February 2015. The forest is a system of vertical layers starting with ground covers of herbs, an intermediate level of bushier vegetables, low growing shrubs, and berries, with a canopy of fruit and nut trees. Because it’s built on a slope, the terraced garden was designed with swales – humps and dips – that prevent soil erosion and water runoff. The central terrace is a sitting and picnic area bordered with a grape arbor covered path.

Gillian says the FOWCVP foresee having harvest events such as olive pickling days or marmalade days in which to share the bounty of the forest with the community. The sharing of the harvest will also be based on the principles of permaculture: earth care, people care, and fair share. This includes sharing with the birds and animals. “If the birds are taking too much, we’ll have to net the trees,” Gillian laughs.

In addition to edible benefits, the Food Forest is an opportunity for the community to learn valuable food growing skills. “When we run out of oil, it’s going to be very expensive to buy food that comes from a distance,” Gillian explains.

We followed the strip of native bushland that runs along the edge of the Food Forest, leading down to the manmade wetland area and to Rozelle Bay Community Native Seed Nursery. There I met Doug Anderson, Leichhardt council’s biodiversity officer in charge of the Native Revegetation Program.

Gillian and Doug settled into a lively discussion about the return of the microbats to the area. They have not be seen in the area for some time, and it is quite likely that they are a threatened species, the Eastern Bentwing Bat. Council has commissioned a field ecologist to determine the species of the microbats seen around the wetland area, and what measures should be taken to support the species.

This return of native flora and fauna is the goal of the community led revegetation program. “Twenty years ago, there was no bushland to speak of in the council area,” Doug tells me. The program has put around 100,000 plants in the ground and now there are approximately five hectares of revegetated land.

Program volunteers collect seeds in local bushland, which are propagated at the Native Nursery. Once flourishing, these plants are taken back out to be planted. The council has set aside locations in parks, “strategically revegetating areas where there are locally vulnerable bird and animal species,” said Doug. In order for natural regeneration to occur, seeds of the native plants must be present in the soil. Callan Park is one of the most important remnant bushland areas, with trees that go back to before European settlement.

Down by the River

The Parramatta River starts as a trickle in Blacktown Creek in the west, flowing east to Sydney Harbour, with many small creeks and tributaries along its wide expanse. A confluence of local councils adjoining the river, The Parramatta River Catchment Group, is leading the Our Living River initiative to make the river swimmable again by 2025. Describing the initiative, Parramatta Mayor Scott Lloyd tells me, “we need to have a holistic approach, working across boundaries [of council areas]. We have to have everyone come together.”

Historically, the Parramatta River was a favourite place to enjoy swimming, fishing, and other water activities. Since the 1950s, however, the upper and mid reaches of the river have become so polluted that these are no longer safe activities in all but a couple locations. Stormwater runoff is one of the greatest threats to the ecology of the river today, and raising awareness of this is a major goal of the initiative.

As residents of the Inner West, it’s our responsibility to keep the river clean. “If people toss something down the sink or the gutter, it ends up in the Parramatta River,” says Cr. Lloyd. Our Living River wants to get this message out to the community through an online voting campaign, community events and signage along the river-way.

This initiative is about more than taking a dunk in the river, Cr. Lloyd explained. A healthy river supports life around it. The Catchment Group looks to enhance the physical and mental health of of residents by creating open space nearby and access to the river, which will provide opportunities for swimming, walking, and cycling, and children’s play areas. This plan creates habitats for our social lives to flourish along with the flora and fauna of the area. Businesses will benefit by increased public access to the river, which is expected to bring additional revenues for the councils, flowing back into the revitalisation of the river. 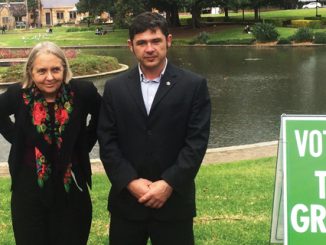 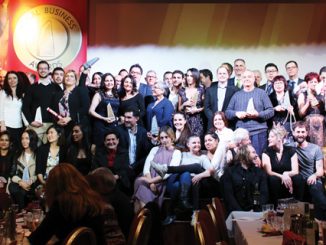