Dear LL – You had great sport last issue with the public revelation of a few of my strongly worded emails that offended the PC Commissars so I was wondering if you were equally delighted to see correspondence leaked proving you used your position as the Inner West’s most prominent progressive columnist to arrange the funding of a return Melbourne-Sydney coach ticket to allow one of your left-leaning lady friends to deliver a speech at the Jura Books symposium on ‘What Kurdish revolutionaries have to learn from Australian feminists: the promising future of gender-neutral pronouns in the Middle East’. Are you embarrassed to have passages such as the following made public: “I want to draw you a bath just like Tim used to do for Julia at the Lodge then do to you what Tony Abbott did to Malcolm Turnbull’s leadership!” and “I know you’re a strong supporter of having a series of documents signed signalling affirmative consent during the escalation of any sexual encounter but I’m secretly glad I don’t have to deal with all that boring paperwork before ravishing you!” and “Much as I abhor lookism, I must point out you’re a lot more conventionally attractive than most of the hatchet-faced gender studies academics I have to deal with” and “At a function with Shorten, he is such a dickhead (sad but true), he seriously can’t connect with the common man like moi – he should start blathering on about rugby league and drop the supercilious head-prefect persona.” Righteous Rightie, Vaucluse

LL replies: I have no comment to make other than to point out the (Murdoch-owned) local paper that so outrageously published my personal correspondence was well aware it came from a disgruntled ex-lover I was once involved in a polyamorous triad with. 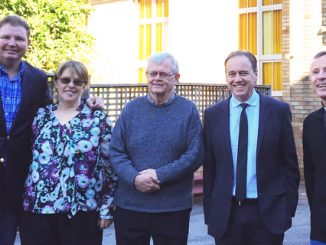