Identity politics haven’t proven to be disastrous and the Trumpocalypse just means progressives should double down!

Dear LL –  I’m confused about where you stand on the President-Elect. In a (since deleted) tweet on the morning of the US election you declared, “Take it to the bank – the noble people of America will replace their first African-American president with their first female one. Trump is an irredeemable buffoon.” Hours later you tweeted, “As I’ve warned all along, the Yanks are hate-filled misogynists who were never going to elect Hillary. Trump is a political strategist of Napoleonic brilliance.” Bill, Annandale

LL replies: This is hardly the time to get into the weeds about what I and, well, every other media figure may or may not have proclaimed about how in touch we are with the common man’s voting intentions. What’s important is that there’s going to be a lot of loose talk about the Left rethinking its contempt for its erstwhile constituency and listening to the kind of cantankerous proles who think, for example, there are only two gender options instead of Facebook’s 58. Regrettably, there may even be some suggestion that, ahem, cultural elites living in cosmopolitan inner urban locales don’t understand what it’s like to spend decades getting reamed by globalisation. No doubt some smartarse will point out leftists have not always been entirely on the money when declaring the likes of Reagan, Thatcher, Bush Jnr, Trump, ‘Little Johnny’ Howard or ‘the Mad Monk’ Abbott unelectable. In response, I say this is no time to equivocate! Hillary must be encouraged to run again in 2020! In Australia, no less than the US, those who don’t claim membership of a sufficiently exotic minority group must be ceaselessly lectured to about being genocidal reactionaries. The Human Rights Commission must start gaoling contrarian cartoonists pour encourager les autres. Remember, temporarily despondent comrades, progressivism can never fail, it can only be failed! 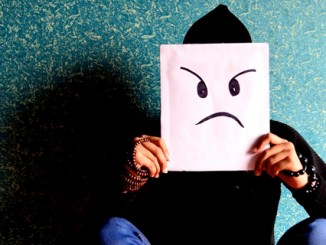