Paul Gauguin’s most famous works are those gorgeous brown-skinned nudes dubbed “the Polynesian babe” paintings. Anyone interested in art and art history will be fascinated in seeing how they came about, but the timing of this film’s release is curious. Coming in the wake of #metoo, it seems completely tone death. Of course it’s unfair, but Gauguin’s life is going to be viewed through contemporary lens, and our judgement influenced by current hot-button issues. And even if most people don’t know that the 40+ year-old dumped his married partner and family of five in France (after complaining of being “suffocated”) in order to “pursue his passion” in the French colony of Tahiti, the release of the film is going to mean they’re going to be be reminded. There during his various sojourns he took three “native wives” (all aged around 13 and 14).

That may have been “custom” in Polynesia, but it certainly wasn’t in France. However the nasty racial politics of colonial exploitation are ignored in Edouard Deluc’s Gauguin, and the painter’s own sexual behaviour glossed over. Instead a composite character called Tehura invented (Tuhei Adams – and the production notes hasten to tell us she was 17 when filmed) to stand in for his models and muse. The resulting works were indeed sublime – and the film does show where his fevered inspiration came from. But his personal life was despicable. Apart from his taste for underage girls he was incredibly promiscuous and infected countless local women with syphilis. He called one of the huts where he lived and worked La Maison du Jouir (“The House of Orgasm”).

Would anyone want to see that film? Actually, I hope not, but I was fascinated in seeing how a filmmaker could approach such a problematic subject – intrigued even that in today’s social climate – anyone would dare. It’s not usually wise to come down on the side of caution when dealing with difficult and confronting themes, but this film is not just cautious – it’s a whitewash. Vincent Cassel is though, as usual – fantastic in the role of deranged genius, and his portrayals of other aspects of the painter’s life – his life-long struggles with destitution, lack of recognition and poor health, keep us invested in his fate right through to the end. But it would have been far preferable if Gauguin had been both braver, and more honest. M at Palace Central and Chauvel from May 31 ★★1/2

No surprise that the manufacture and marketing of “medical marijuana” should provide the basis of a dumb comedy – after all, the whole idea that cannabis can be good for you is a huge joke. The surprise here though is that the ultra-talented Edgerton brothers should make a dumb comedy at all… Joel Edgerton (unconvincingly) plays Richard Rusk, a partner (with Charlize Theron) in a dodgy big pharma company that makes its “Cannabax” pills in Mexico while waiting for full legalisation in the US to make them zillionaires. Meanwhile they’ve been diverting a fair chunk of their product to a sadistic Mexican cartel boss.

Richard’s too-trusting best mate Harold (David Oyelowo), unaware just how sleazy the company he works for is, is sent to Mexico on a trouble-shooting mission. Hijinks and hilarity ensue. At least maybe it will seem that way – if you partake in the company’s product, but the script, which strains to combine Tarantino-style smart-arse humour with stunts and gory violence, relies way too much on unpleasant stereotypes and throughly duplicitous and/or stupid people. We’re supposed to root for the naive Harold, who after working out he’s been played, decides to scam his unscrupulous bosses by staging his own kidnapping. But his plan is idiotic and he’s too much of a doofus to really care about. Everyone else cheats, lies, hurts, double-crosses and/or betrays each other, although there is one decent character (Amanda Seyfried), a tourist who helps Harold out. Her redeeming feature is, she says, being “really good at reading people.” Since she came to Mexico with her clueless drug mule boyfriend who ends his holiday in handcuffs, you’d have to say her judgement was off. So was Nash Edgerton’s in directing this movie. Maybe, just maybe the bros should lay off the Cannabax. MA15+ from May 31. Inner west cinemas include Palace Norton St, Palace Central and Burwood ★★

I Kill Giants and My Friend Dahmer, both exclusive to Dendy Newtown – both unpreviewed. And sorry about not being able to recommended anything new this week – I usually find something! So just a reminder that the best new movie around, BPM is still screening at Dendy Newtown, with a limited number of sessions a day until June 6. Our ★★★★1/2 review here 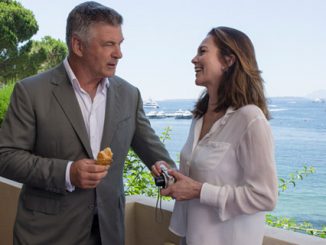 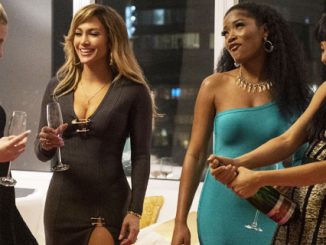 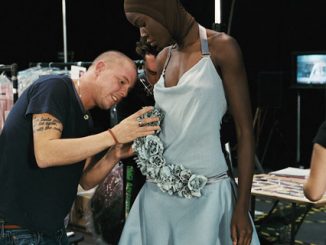