There’s a such an incredible wealth of details in this exhaustive, (exhausting!) portrait of Lee Alexander McQueen, the prodigiously talented British fashion designer who hung himself at the age of 40, that its hardly fair to start with just one. But since that tragic death in 2010 was on the very eve of his beloved mother’s funeral, one about her seems right. Joyce McQueen had always encouraged her chubby, unusual son, and always went along to his shows, often with other family members. And, at least in the early days, we’re told in Ian Bonhôte and Peter Ettedgui‘s lavish doco, always packed sandwiches and sausage rolls to feed the models.

Who looked like they could do with more than just a meal! Haunted, hollow-eyed, waif-thin, and sometimes – especially at his very debut show in 1992, “Jack the Ripper Stalks His Victim” and the headline grabbing “Highland Rape,” they seemed in urgent need of a paramedic. By sending models down the runway in the tattered clothing of assault victims, of course he prompted accusations of misogyny. The same sort of provocation would now send the Twitter outrage industry berserk and be enough to end anyone’s career stone cold dead. Not then though, not in the so innocent (or so it now seems) era of Cool Britannia. McQueen’s demise came courtesy of his own demons, much later, after years of being feted, praised and paid fabulous amounts by the likes of Givenchy and Gucci – as well as earning the adulation of millions of cool and the hip young things all over the world. And its those people, now into their distinctly uncool 40s who will probably make up most of the adoring audience for this generous portrait. Which really – should be seen by, well, everyone…

And you don’t have know anything about frocks or be remotely interested in the fashion industry to be totally blown away by his creations, his prodigious work ethic, amazing talent and, oh my… those shows! Like “No 13” with the model in a white dress, revolving on a platform, being sprayed with yellow and black paint by a pair of menacing robots. What did that mean? Does it matter? It was audacious and incredible – but maybe more obvious was 2001’s “Voss”, staged in a giant cube with mirrored walls, forcing the waiting press to stare at themselves and wait and wait and wait for a deliberately late start. Then the lights come on revealing a lunatic asylum, the models heads wrapped in bandages, staring straight back, with some of them tearing their garments.

Yes, the fashion industry is insane. So too is this is eye-popping, fabulous film, but like its subject – it’s brilliantly insane. And also an absorbing and fascinating tribute to a fearless, extravagantly gifted man. Don’t miss it. MA15+ from Sept 6. Inner west venues include Palace Norton St, Palace Central and Dendy Newtown. ★★★★ 1/2 View the trailer here

We’re so used to seeing rise and fall docos about our sports and entertainment heroes (Amy, Whitney, McQueen – above) – that unblemished “rise and rise” ones come as surprise. A very pleasant surprise, it has to said, and like director Jeremy Sims, you don’t need any interest in motorcycles to really get into this version of the “Wollongong Whizz”. I just loved it, but then it helps that bike racing is so inherently thrilling to watch. There’s lots of footage too revealing the brutal, adrenaline-pumping terror of screaming round corners at 180kph mere centimetres from the ground – the bikes shuddering, bucking and sometimes spinning head over tail – hurtling the riders across the track and into too-often fatal oblivion. It also dramatically shows one of Wayne Gardner’s most heart-stopping, tragic accidents, reminding us that, really – this is the sport for people who are certifiably mad.

Or in his case, drunk. At least in one of the races he won, he was cripplingly hung-over from a solid night of boozing. All that did was help him not to “overthink” the race, he mumbles… Cripes, just as well his reckless bravado was more than matched by an amazing talent, brutal, single-minded ambition – and the total support of Donna-Lee Kahlbetza – the teenage “surfie chick” from the Gong who stuck with him through thick and thin, right through to the emotional climax of the film, his incredibly exciting win at the 1989 Phillip Island Grand Prize. Wayne is almost as much her story as it is his, she’s given plenty of screen time during his long rise to the top, in fact she’s way more informative and engaging than her somewhat inarticulate working class “bloke”. They were married finally after that home turf win – right where the film abruptly ends. Then just before the credits we’re told that they were divorced a couple of years later.

So what happened? Well, Sims doesn’t dig, but there’s more than a hint that the often prickly Gardner wasn’t exactly a saint… But what happened to this World Champion in subsequent racing seasons? Unhappily, something went wrong, because we are also told, without a single line of explanation, that he retired in 1992. But then (and I had two go to Wikipedia for this) had another stellar career in car racing. By the end Sims has thoroughly hooked us with this portrait of a very imperfect hero. Now we need Part 2. M from Sept 6. Inner west venues include Palace Central, Burwood and Dendy Newtown. ★★★★

Apart from McQueen, five more films from the 2018 Sydney Film Festival arrive on screens in what is really quite an amazing week for cinephiles. Maybe you you won’t be able to catch them all (some are getting limited seasons), but you should at least read our enthusiastic verdicts on You Were Never Really Here,  The Miseducation of Cameron Post and the heart-warming Dendy exclusive Hearts Beat Loud, reviewed here.

Juliet, Naked (pic above) starring Ethan Hawke and Rose Byrne is no doubt worth a look too. It’s getting a limited run at Palace Norton St only, while Three Identical Strangers is exclusive to Hayden Orpheum Cremorne (both unpreviewed). 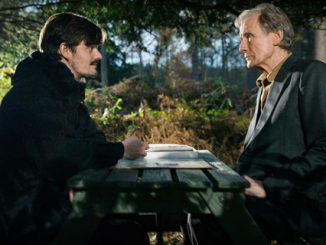 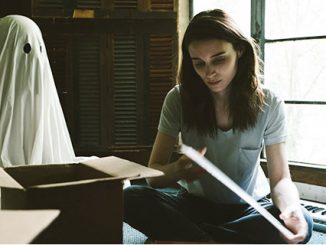