Movie of the week: Climax

Gasper Noé is a professional provocateur – and his button-pushing works (Irreversible, Love) generally only turn up at film festivals where they can escape our Classification Board’s inevitable response. There they attract the sort of masochist cinephiles who like to boast that they sat through the “toughest film in the fest.” Few make it into our cinemas, which makes Climax’s exclusive season at Dendy Newtown a pretty rare event. For that reason alone it earns our “movie of the week” honour. But then again, maybe I’m one of those masochists…

Though for the first 45 minutes, it’s a tame enough affair – albeit a spectacularly inventive, engaging and entertaining one featuring some thrilling camerawork. The bravura title sequences – which interrupt the action seemingly at random, are brilliantly designed and conceived – all very clever indeed… We’re introduced to the French crew of a radical dance troupe – a racially and sexually diverse, street-smart lot by way of clips from what may be their recruitment interviews, then dizzily treated to an extended and impossibly energetic dance rehearsal – which cameos each of the dancers in turn, gyrating and moving at incredible speed. It’s sexy, aggressively in-you-face, but thrilling too, probably the most astonishing choreographic sequence I’ve ever seen on screen. And the dance continues long after mere mortals would have collapsed from exhaustion. Hot and bothered viewers may need to go a lie down – if only the hypnotically pulsating dance music (Daft Punk, Aphex Twin) which continues on afterwards would let them relax.

They’ll need to be rested up for what follows. At the after-party, which at first includes some amusingly subversive but fantastically profane trash-talking and sexual banter amongst the crew (Sofia Boutella, Romain Guilermic, Kiddy Smile amongst others), we learn that one of them has spiked the sangria with acid. Everyone becomes affected, including the very young son of the troupe leader who has to be locked in a cupboard  “for his own protection.” Suddenly its a horror story, a group bad trip of hallucinogen-fuelled sex and quite disgusting violence. The depravity and degradation quickly wipes anyway any notion that Noé ever had any intention of “entertaining” us. He wants to teach us a lesson, but what is that? And why? If its just, “Abandon all hope, ye who enter here!” I’ll accept that… At least the journey into Hell is brief – this Climax is all over in 95 minutes. And for all its cleverness and incredible energy, I’d ever defy anyone, even the most hard-core masochistic to last longer than that. MA15+ from Dec 6. A Dendy Newtown exclusive ★★★★

Can You Ever Forgive Me?

Those who only know Melissa McCarthy from her mainstream hits (Bridesmaids) with their gross physical comedy and dreary poop jokes, will hardly recognise her in this slyly intelligent indie – as a dowdy, misanthropic NY author with a bad haircut and a sick cat unable to get her latest biography project off the ground. As luck would have it though, she stumbles on another way of paying her rent and those pesky vet bills – impersonating other more famous writers by forging their letters and selling them on to collectors. She’s good enough of a writer to be convincing, and gets away with it, at least for a while. But even with the help of her only friend – a foppish, criminally-orientated dandy with a penchant for mid-afternoon cocktails played with perfect guile and tender vulnerability by Richard E. Grant, it can’t last… No spoilers there, the title itself gives that away. All of the fun here is watching these two entertaining oddballs come to grief while trying.

As far as crime capers go, this is one of the most unlikely. It doesn’t avoid the mechanics of their shabbily deceitful enterprise, but the script (by the brilliantly witty city-life chronicler Nicole Holefcener) focuses mostly on the character flaws of its (very flawed indeed) heroine. Based on the autobiography of the real-life forger Lee Israel and directed by Marielle Heller (Diary of a Teenage Girl), the film’s third main character is New York City itself. Though not the gentrified Disneyland of Trump-era Manhattan, this is the city as it was back when when scruffy gay bars, bohemian second-hand bookshops and affordable apartments really did line the cosmopolitan and very lively streets. Anyone going to inner city neighbourhoods now of just about any Western city in the world looking for that now can only expect criminally-priced real estate, gleaming co-working spaces and bland chain-store retailers. Sadly, all that’s left of the much-vaunted “urban-village lifestyle”, the one still being sold to us by the real estate industry, is in movies set in the late 80s and 90s. That Can You Ever Forgive Me? captures that nostalgic milieu so wonderfully is by no means its main appeal. But it is a significant one too. M from Dec 6. Local cinemas include Palace Norton St, Central  and Dendy Newtown ★★★★

Do catch Alfonso Cuarón’s Roma on a big screen if you can – I really can’t imagine what his majestic, spectacle-filled shots will look like on TV or even (and this really would be criminal) smaller devices. No one does cinema like Cuarón (Gravity) anymore, and on the face of it, this is a curious project for Netflix to fund. Those who remember the radical political undercurrents of his breakout hit Y Tu Mama Tambien (as opposed to its back-to-back R-rated sex scenes) may be relieved to find that the Academy Award winning director hasn’t let mainstream success change his tune. Roma (which refers to the Mexico City neighbourhood he was brought up in) is a magnificent cinematic experience, both visually and emotionally. Like that of his earlier bawdy breakout hit, it’s message is both poignant and bitter-sweet. But hurry, you’ve only got two weeks before it vanishes into the streaming giant’s algorithm-based oblivion. MA15+ From Dec 7 at Palace Norton St and Dendy Newtown ★★★★

Second Act and Mortal Engines both have review embargoes in place until their release date (Dec 6). 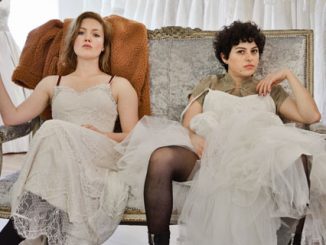 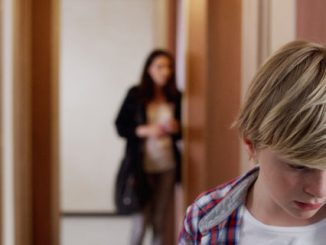 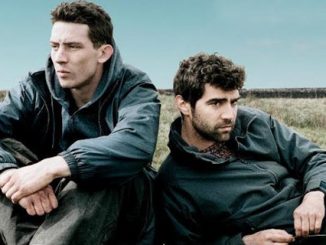