In the week before Christmas, two deliciously decadent costume dramas arrive on our screens

We’ve now had two movies this year in which a woman in an unequal partnership has penned works her husband takes credit for. At least in Colette, the French Belle Époque writer Sidonie-Gabrielle Colette (Keira Knightley) doesn’t seeth silently for a lifetime waiting for the exploitative cad to croak as happened in The Wife (oops, sorry for the spoiler, but it was obvious, wasn’t it?) before striking back. After writing four of the wildly popular and saucy “Claudine” novels around the turn of the century in her husband’s (Dominic West) pen-name of “Monsieur Willy”, Colette rebels… She wears a mens’ suit, sleeps with other women and trans men, takes to the stage and smooches with her female lover in one play, and flashes her boob in another. Take that, you oppressive patriarchal bastards!

After dumping Willy she went on to publish countless novels, stories, memoirs, essays and reviews over a long and productive career, though Wash Westmoreland’s sparkling bio pic sticks to those early tumultuous years. Possibly because they were so rich in drama but the omission of her post-Willy life conveniently slots the film into the on-trend conventional wisdom of arthouse cinema today – that a woman can only find happiness and fulfilment by ditching heterosexual norms and becoming a lesbian. That probably explains why you’ll see the word “inspiring!” in so many excited critics’ quotes, but Colette was in fact married two more times in her lifetime, and was always attracted to men. Just not ones who locked her in a writing room (as her bullying husband did in one outrageous scene) and then stole her work.

West has the time of his life convincingly playing the rascal, sporting the sort of outrageous facial hair yet to be taken up by our own inner city fashionistas (though surely it will be). Apart from his and Knightley’s spirited performances, the film’s greatest strengths lie its focus on the spoken and unspoken arrangements made by partners in a marriage, and their negotiations about what’s permissible and public. Colette did agree to the literary deception, and was quite happy to go along with it, while it suited her… Knightley does the gender fluid thing well too (a skill all Hollywood leading ladies must now master) though this most quintessentially English actress has a harder time convincing us she’s French. A minor quibble… this is a wonderfully sensual movie – intelligent too – a long way removed from standard stuffy costume dramas. Also, anything with the lovely Ms Knightley is indeed “inspiring!” M from Dec 20. Local cinemas include Palace Norton St, Central, Burwood and Dendy Newtown.  Check the trailer and other locations here. ★★★★

A dim-witted National Party staffer was sent to the sin-bin this week for, in the words of his boss the Deputy PM, texting “very confronting words” to a female journalist, “Words that would not be acceptable in any context,” he growled. And he was right, the c-word is off-limits – even the youth website Junkee used asterisks when reporting this story. Meanwhile on movies and tv, the once unacceptable “fuck” and “fucking” have been so thoroughly overused that they’re now, in terms of impact, completely useless. Those expletives have become so mainstreamed that I half expect to the Queen to use both in her address to her loyal Commonwealth subjects this Christmas Day. Well if she doesn’t, her more with-it successor Charles surely will…

Now the ever-pioneering Greek auteur Yorgos Lanthimos (The Killing of the Sacred Deer) has set to work on our last taboo word. Usually his deadpan dialogue is stilted and clinically flat, producing a unique but distinctly odd effect, but he’s abandoned the technique in The Favourite, penned by Deborah Davis and Australia’s Tony McNamara (Love My Way). Their script is more conventional, except that Queen Anne (Olivia Coleman) and her two competing courtiers (Rachel Weisz and Emma Stone) call one another “cunts” so often I lost count. And while that’s undoubtedly fun, and it’s certainly unusual to hear the speaker of The House of Commons (Nicholas Hoult) describe someone as “cuntstruck”, the cumulative effect becomes tired surprisingly quickly. It might have helped if the plot had something else going for it, but far from the genre-subverting ground-breaking piece it wants to be (and the trailer hints at), The Favourite is really just a House of Cards-style power struggle transplanted to Tudor times, complete with two-dimensional characters who ignore political logic, historical accuracy, the prevailing social norms and even basic human nature. The fact that their story can go nowhere is only emphasised by its abrupt ending.

It’s certainly not a bad film, in fact it’s more amusing than most other arthouse offerings this summer, and it looks sensational – with a couple of bizarre scenes which are (and this is unusual for this director) laugh-out-loud funny. As is bog-standard in mainstream cinema, the women are lesbians. That’s something that seems to be more-or-less compulsory now, but when was Lanthimos ever so mainstream? It may be churlish not to award it the 4 or more stars everyone else will, but I did find it a bit disappointing from this director, whose work up til now has consistently been so refreshingly out-of-the-mould, surprisingly brave, and well, just plain weird. Who would have thought, after the audacity of Dogtooth, the daring of The Lobster and dazzling effrontery of Sacred Deer, that Lanthimos’ next film would be so damn ordinary? MA15+ from Dec 26 (previews this weekend Dec 21-23) at Palace Norton St, Central, Broadway and Dendy Newtown ★★★1/2

Bumblebee at Palace Norton St, Central and Burwood. This family-friendly Transformers spin-off seems to have hit the sweet spot, with a 96% approval rating on Rotten Tomatoes (not previewed). 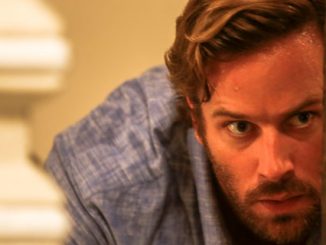