Poor Mary, she’s probably the most notorious victims of “slut-shaming” the world has ever seen. That happened centuries ago, apparently, when Pope Gregory the Great decided the New Testament could do with a bit of spicing up. And the version of Mary as a fallen woman (plus some more lurid variations) was one a lot of people were happy to run with, certainly Hollywood up til now, not to mention one well-known musical. And it’s ironic at least, that it takes a film financed by none other than the now notorious Weinstein Company to restore her rep.

Lion director Garth Davis first introduces us to Mary Magdalene (Ronney Mara) toiling with the fisherfolk, struggling with the stifling expectations of her small community and a “problem” for her father because she wasn’t yet married and under the thumb of some bearded bloke. She solves that by running off with, err… a whole bunch of men who belong to a cult completely in thrall to some bearded bloke. Take that, patriarchal establishment! Meanwhile Joaquin Phoenix rises to the challenge of one of cinema’s most difficult roles by growing impressive facial hair and speaking very softly in enigmatic riddles. Actually, as always – Phoenix is quite outstanding, a bit scruffy, tired-eyed even and not at all “Christ-like” – at least as popularly depicted in the more familiar Hollywood epics. (Though would a 32-year old have that much grey in that beard?) Of the other disciples, only Judas Iscariot’s (Tahir Rahim) and Peter’s (Chiwetel Ejiofor) stories get more than a glance, with the former arguing that a revolution overthrowing the established order should have less meekness and more direct action.

Meanwhile Davis’s attention stays firmly fixed on his feminist heroine. And Mary is (well, she’s Rooney Mara!) totally mesmerising throughout as the vulnerable, troubled young woman grappling with faith, belief and destiny. Helps if you know the story and have a strong spiritual bent, if you’re like me you may get a bit lost. But clearly this has been made for the faithful with the Easter market in mind, and with two of the worlds best actors telling the story, I was more than happy to become a believer. At least for 120 minutes. M from March 22 at Palace Norton St and Dendy Newtown ★★★★

It’s been a long time since I read Beatrix Potter’s Peter Rabbit but I seem to remember our sympathies were supposed to be firmly with the cute little bunnies. They only wanted to do what comes naturally to a rabbit without being roasted alive in Mrs McGregor’s oven. In Will Cluck’s ill-advised version, which tries but fails to emulate the appeal of the Paddington movies, Peter (voiced by James Corden) is a cocky, dishonest, thrash-talking jerk, and about as far away from the marmalade-loving bear from Peru that its possible to get. We first meet him doing what a lot of pathological thieves do, stealing less from hunger or need than just for the thrill of it. He stops charging around the garden and destroying someone else’s property to whack a carrot in Farmer McGregor’s bum crack, whereupon the hapless elderly gent (Sam Neill) promptly has a heart attack and dies. Just to make sure he’s dead, Pete pokes the still warm corpse in the eye, and then invites his family including Flopsy (voiced by Margot Robbie) and all the other farm animals into the now vacant farmhouse for a wild party. They  trash the joint. Later, when the farmer’s nephew Thomas (Domhall Gleeson) arrives to claim his inheritance, Pete fights back with electric barriers and dynamite, finally blowing everything in the neighbourhood, including his own family’s warren to smithereens. So what would Beatrix Potter have made of that? Or the subplot involving Peter’s unnatural sexual interest (he’s a rabbit!) in his friendly neighbour Bea (Rose Byrne)? Surely she would have sent the nasty little pest to bed without his supper, at least… PG from Mar 22 at Palace Norton St, Broadway and Dendy Newtown ★★

Pacific Rim Uprising (see Sydney destroyed, and not by the WestConnex!) and The Divine Order (Dendy Newtown exclusive), both unpreviewed. 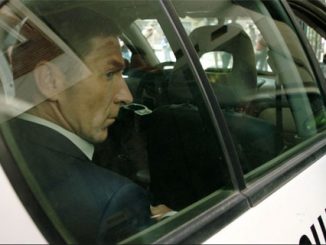