Movie of the week: The Third Wife

Set in Vietnam during the late 19th Century, Ash Mayfair’s exquisite debut feature revels nostalgically in the country’s rural past and its lavish costumes while exploring some of the more unfortunate aspects of those patriarchal times. So unfortunate that maybe a warning is needed… For when May (Nguyen Phuong Tra My, above) arrives by boat at the compound of her much older new husband, Hung (Le Vu Long) she is just 14-years-old. He’s a wealthy silk farmer already with two wives, but only his first, Ha (Tran Nu Yen Khe) has delivered him a son. His second Xuan (Main Thu Huong) has had three daughters, all now about May’s age. The young teen bride quickly learns what her role is – to produce another son, and fortunately, becomes pregnant pretty well straight away. She prays for a boy, learning that if she’s successful, she may not have to produce any more offspring. She doesn’t much like the painful sex she has with Hung, and anyway, her looks which linger a little too long at the very beautiful Xuan, suggest her interests lie elsewhere…

The Third Wife unfolds slowly, with long – often wordless scenes setting a mesmerising, sensuous mood amid the lush and colourful foliage of the countryside. This could be paradise – if it wasn’t for the dark and treacherous currents flowing just below its languid pastoral surfaces – something that becomes clearer to May after she spots Xuan being orally pleasured in the forest by Ha’s own son. This won’t end well, and it doesn’t, but as an exploration of female subjugation and illicit desire, the film takes its time making its feminist point. It does so elegantly and lyrically, with delicately aimed precision and gorgeously framed images, while the metaphorical use of the life-cycles of the farm’s silk worms is simply inspired. Like them, the wives may be beautiful – but their purpose is purely utilitarian. And they’re prisoners too.

The film ran into trouble in its native country, and it was pulled from distribution after concerns of its depiction of underage sexuality. There’s nothing explicit or gratuitous, and at first glance that may make us think, “Wow, thank goodness we live in the less authoritarian West” where we’re free to confront our difficult past. But really? Western filmmakers self-censor material like this and in our cinematic universe, children have baths fully clothed (If Beal Street Could Talk). Meanwhile there’ve been calls recently that our opera companies remove depictions of young women as victims (Carmen, Madama Butterfly) from their repertoire. Maybe progressive activists in the West could learn a thing or two from the Vietnamese Communists. Forget trigger alerts – simply ban contentious art altogether. MA15+ from July 4 at Palace Chauvel, Dendy Newtown and Opera Quays ★★★★

Unexpected? Nah, pretty much as soon as middle aged Marco (Ricardo Darin) and Ana (Mercedes Morán) figure the spark has gone out of their lives together and decide to split you know what will happen. The break-up happens about 20 minutes into director Juan Vera’s “rom-com for grown ups” after the couple have just despatched their well-adjusted grown-up son Luciano (Andres Gil) off to college in Europe. They return to their spacious and fashionable Buenos Aires apartment (clearly as well-off as they are well-adjusted), and immediately start to think, “what next?”

There are no particular problems, no deep-seated resentments or infidelities, just a case of the blahs. They get along well, so part on the best of terms. Immediately silver fox Marco is camping out in an absurdly fashionable warehouse apartment (yes they have them Argentina too) and swiping on Tinder (successfully), while Ana, after a played-for-laughs encounter with a pompous perfumier, is soon shacked-up with a perfectly nice and well-adjusted new man, an artist. Who knew break ups of 25-year marriages were such a snap? A year later their son confesses, “I never figured out what happened to you guys?” and neither do we. Though so little does happen before the inevitable (no spoiler, it’s in the title) that my mind kept wandering… and started studying the furniture and decor of those BA interiors, looking for differences in equivalent homes here. Maybe Argentine decorators prefer bolder wall colours than us (80% of all paint sold in this country is a version of blah white), but apart from that, nothing much.

Marco and Ana are fun to hang out with, the dialogue is snappy and intelligent, and all up, An Unexpected Love is a perfectly agreeable way to spend 125 minutes. A modest hit in its home market, Australia seems so far to be the film’s only overseas sale. Where it’s perfectly tailor-made for our art-houses’ middle-aged, middle class audience – the ones shopping at Domayne and buying all that white paint. M from July 4. Local cinemas include Palace Norton St, Central and Dendy Newtown ★★★

The real mystery about Mystify is why Richard Lowenstein’s revealing and fascinating portrayal of the tragic life of INXS’ Michael Hutchence is on “limited release.”  How can the best music doco since Amy only get a few sessions this weekend over a couple of days? Neither Palace Cinemas or Dendy have anything listed past Sunday. There are (very few) ongoing sessions scheduled at Broadway, Burwood and George St. But do check first – by the time you read this, most likely will be gone. M ★★★★

Update (July 9) – Both Palace (all cinemas), Dendy Newtown and Dendy Opera Quays have now listed sessions running through to July 17 – at least one a day. That figures…  some of last weekend’s sold out. 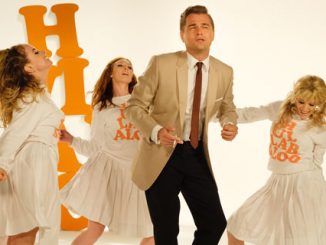