The fishmongers at the Sydney Fish Market are currently preparing for their busiest day of the year, with more than 55,000 traders expected to come through the Markets this Good Friday. Due to the influx of people, the markets have announced extended Good Friday trading hours, with retailers opening shop at 5am and running until 5pm. For the remainder of the long weekend, trading will continue as usual with retailers open from 7am to 4pm daily.

For the kids, the Easter Bunny will be making a special guest appearance at the market from 10.30am to 12.30am on Good Friday, along with face painting until 3pm.

Retailers are expected to sell over 400 tonnes of seafood throughout the weekend, due to the long-standing tradition of eating white fish, including snapper, barramundi and kingfish, on Good Friday.

The Sydney Fish Market is located at the corner of Bank Street and Pyrmont Bridge Road, Pyrmont.

Mayor of Ashfield, Lucille McKenna OAM, has announced that local sporting fields Centenary Park, Algie Park, Ashfield Park and Hammond Park are set to have new floodlights installed to improve the facilities for local sporting groups. Currently, the installation is already underway at Ashfield Park, with work set to commence at the other locations in the following weeks.

According to McKenna, the lighting will increase the usability of the facilities. “The new lighting will ensure the parks are able to be utilised to their full potential and are adequately lit for the thousands of people who train at the parks at night,” she said.

The floodlights form part of a $470,000 upgrade program, which also involves other works, such as the recent installation of shade sails at Pratten and Ashfield Parks, new BBQ areas at Richard Murden Reserve and Robson Park and new seating and play equipment added to numerous local parks.

Leichhardt Council will be partnering with the National Association for Prevention of Child Abuse and Neglect (NAPCAN) to implement a ‘Love Bites’ education campaign in Balmain and Leichhardt high-school campuses. The program aims to encourage high school students to engage in respectful relationships and attempts to help eliminate violence and abuse from the local community.

The council has initially allocated $15,000 in funding to the program which is expected to be rolled out during 2016, to 400 Year 10 students. Mayor of Leichhardt, Darcy Byrne, has called on Ashfield and Marrickville councils to partner with Leichhardt Council and NAPCAN to lead a unified community action to end domestic and family violence in the Inner West. 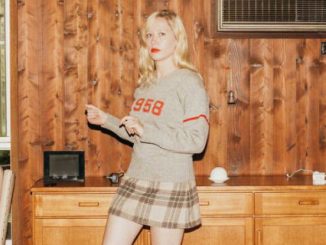