Greta Gerwig (Greenberg, To Rome With Love) cements her rep as the indies’ IT-girl in Noah Baumbach’s smart new NYC comedy. She’s Frances, a late twenty-something over-educated, under-employed (sound familiar?), “apprentice” dancer from Brooklyn, gaily flitting from apartment to share-house in between awkward dates and social and professional disasters. All the time she manages to stay super-cool and unnervingly upbeat.

However her misfortunes start to pile up, and gradually she realises it’s time to grow up… “It’s kinda complicated…” she says when asked what she does for a living. “Complicated because I don’t actually do it.” She co-stars with Adam Driver (from Girls) and Mickey Summer but Gerwig is in nearly every scene, her charm and energy effortlessly papering over the films very minor flaws.

Sure, the constant nods to Woody Allen and the French New Wave may raise a few eyebrows (it’s in black and white for no apparent reason), but Frances’ tentative steps to getting her shit together are both poignant and hilarious. We can’t help caring for her – for she is us.

*  Thanks to Transmission Films we have 10 double in-season passes to give away.
See our Giveaways page for details on how to enter.

Now You See Me

Three writers are credited on Louis Leterrier’s dazzling, whirling and baffling who-done-it, each no doubt each trying to out-wit the others. They certainly succeed with the audience, who may have trouble keeping up with the twisty, way too-clever plot.

The Four Horsemen– a talented but suspicious troupe of magicians and illusionists who integrate bank heists into their act – fool everyone, including the cops (led by Mark Ruffalo).

Maybe you have to see this twice? I certainly did, for Shane Carruth has no time for conventional narrative and his tale unfolds in disjointed fragments and snatchs of conversation. But he’s impressed us before – his highly acclaimed Primer is regarded as a landmark of indie cinema. This one feels like a combination of Eraserhead and The Tree Of Life, so pay attention!

An unnamed man (Thiago Martins) snatches a girl (Amy Seimetz) feeds her tiny, disgusting worms that invade her body and turn her into his drugged slave. At his behest, she empties her bank accounts. Later she meets an enigmatic stranger (Caruth) who may have been through the same ordeal. Tentatively they begin a relationship – the shift from a body-snatching sci-fi movie to tender romance is seamlessly elegant. Then in the last act – a lengthy near wordless section with a stunning, haunting soundtrack, it all comes together: worms, lovers, plants and pigs (yes pigs).

You’ll get it – just go with the trippy flow!

*  Thanks to Palace Films we have double in-season passes to give away.
See our Giveaways page for details on how to enter.

They’re buying our coal, being beastly to the Dalai Lama, and getting as rich as us – how dare they! Now there’s another reason to distrust the Chinese – they’re inflating the price of wine! Not the $15 plonk you and I drink, but the finest Bordeaux varieties, which wealthy Chinese buyers have pushed to $25,000. And just in case you don’t take that seriously, narrator Russell Crowe is on hand to tell you that you should. Crikey, the West’s elite rich are being priced out of their favourite tipple!

In this lushly produced doco we’re introduced many colourful characters, including a Chinese sex toy magnate with a $60 million wine collection and a fruity Frenchman who cheerfully informs us he just downed a full bottle at lunch. Now that’s serious!

Special Q&A Preview Screening
Dendy Newtown will be hosting a special pre-release Q&A screening with the writer and producer of Red Obsession, David Roach, on Wednesday 14th Aug at 6.30pm. A complementary glass of red wine is included. Tickets $18 (less for students, seniors and Club Dendy members) are now on sale now at www.dendy.com.au

He rescues her from a gang of muscled (and incredibly stupid) thugs on a train, who turn out to be her father’s hired goons. He’s the Don of a southern Indian town, and before long Rahual is deeply ensnared in her Tamil village, his weekend of excess forgotten. The physical comedy is prankish, the plot gloriously absurd and the will-they-won’t they romance just as you’d expect – chaste (by western standards).

Of course, every now and then the entire cast take time out for the energetic, toe tapping, brilliant song and dance extravaganzas we expect too. The pace is frantic, but fortunately, the film is being screened here with an intermission. For those not familiar with the excesses of Bollywood, this wildly exuberant 142 minutes is the perfect introduction. But (phew!) you will need that half-time break. M15+ at Hoyts Cinema Paris and Broadway, on now. 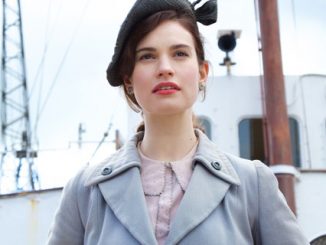 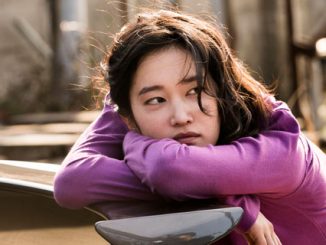 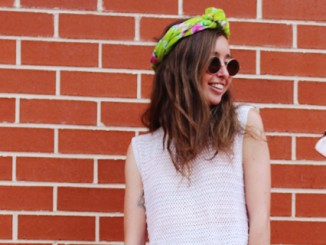