Sadly, schoolchildren in buttoned-down Australia are no longer permitted to play with exploding rockets or light double bungers in each other’s lunch boxes. No problem in remote Laos, where Aussie filmmaker Kim Mordaunt has set his acclaimed coming-of-age charmer. 10 year-old Ahlo (Sitthiphon Disamoe) is superstitiously blamed for his family’s misfortune, but gets to prove his worth at an outrageously anarchic “Rocket Festival.” Mind you, Laotian farmers are used to handling explosives. The long and tragic legacy of the Vietnam conflict (they call it The American War) means bombs and mines still litter their fields.

That’s just one of the topics dealt with – poverty, displacement and families in transition are also explored, most poignantly in the relationship between Ahlo and his only friend, Kia (a gorgeous Loungnam Kaosainam) and her uncle, the seriously weird “Purple” (Thep Phongam). He’s an ex-soldier in a purple suit (due to an obsession with James Brown) with a serious fondness for rice-wine.

This is also a seriously likeable film – easy to see why the critics have been won over. You will be too.

* Thanks to Curious Distribution we have 10 double in-season passes to give away.
See our Giveaways page for details on how to enter.

Forget CGI hokum, one of the scariest, most explosive, jaw-dropping film you will see this year is actually a very sober doco. Like 2003’s equally stunning and similarly-themed The Fog of War, much of it consists of talking heads, archival footage and an hypnotic, dread-inducing soundtrack. The men involved are all ex-leaders of Israel’s secretive and ruthlessly efficient security and counter terrorism agency, Shin Bet.

How filmmaker Dror Moreh got them to talk so candidly about their roles in some truly horrendous recent events (assassinations, civilian bus bombings, terror plots), while honestly reflecting on their failures, misgivings and political doubts, is a mystery. Clearly there will be consequence for the men themselves. They are tough, bald, military types, still muscular and scary into their 60s and 70s, but one in particular looks like everyone’s kind and gentle granddaddy.

Listening to him coolly justifying murder and “collateral damage” isn’t for the faint-hearted. Nor for those who view the Israel-Palestine conflict with simplistic slogans. For the rest of us, it’s a mesmerising, morally challenging and hugely satisfying experience.

Thanks to Madman Entertainment, we have 10 double passes to an advance preview screening of the film on Monday 2 September at 6.30pm at Palace Verona.
See our Giveaways page for details on how to enter.

As the journos at my packed preview waited for the world’s most famous Bhuddist (here played by Ashton Kutcher), some wit announced, “Anyone in the room with an Android phone? If so, please leave the building.” People in my row looked guilty. We know Apple – this was a plausible instruction! “What’s an Android?” someone asked, Phew… and so we settle down to watch Steve Jobs change from a 70s acid-dropping hippie to the poster boy of utterly ruthless capitalism.

Inherently, this is an insanely great story and it’s a pity Joshua Michael Stern’s film is not. It’s far from the disaster some would have you believe, and we certainly get the point that the man was a jerk. But flawed genius Jobs deserves a less literal treatment.

With the Aaron Sorkin-scripted (The Social Network) bio soon to follow, no doubt we’ll get one.

Anyone who knows anything about young children also knows they cry, have tantrums and can been deliberately stroppy. But not 6-year-old Maisie (a very cute Onata Aprile), who is in every scene of this lovely but robust custody drama.

She’s definitely been dealt a dud hand in the parents department – hers set a new record as being the world’s worst. Dad (Steve Coogan) is a self-obsessed and manipulative NY art dealer, while Mum (Julianne Moore, generously showing her flaws) is an ageing rocker in the Patti Smith mould.

Both want Maisie for all the wrong reasons, while the little girl herself quickly works out she’s better off without them. Alexander Skarsgard and Joanna Vanderham as the parents’ sometime lovers complete the cast of this pitch-perfect little gem. See it.

He rescues her from a gang of muscled (and incredibly stupid) thugs on a train, who turn out to be her father’s hired goons. He’s the Don of a southern Indian town, and before long Rahual is deeply ensnared in her Tamil village, his weekend of excess forgotten. The physical comedy is prankish, the plot gloriously absurd and the will-they-won’t they romance just as you’d expect – chaste (by western standards). Of course, every now and then the entire cast take time out for the energetic, toe tapping, brilliant song and dance extravaganzas we expect too. The pace is frantic, but fortunately, the film is being screened here with an intermission.

For those not familiar with the excesses of Bollywood, this wildly exuberant 142 minutes is the perfect introduction. But (phew!) you will need that half-time break.

M15+ at Hoyts Cinema Paris and Broadway, on now. 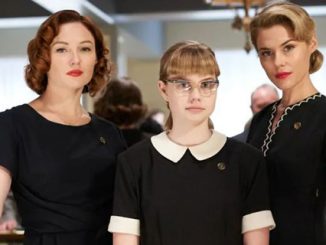 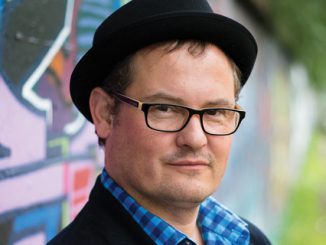 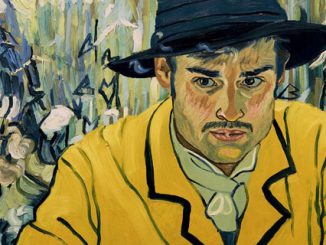