The 18th Spanish Film Festival opened last week with Spain’s biggest box office hit of the year, Spanish Affair. It was a predictably bright and breezy choice – poking mischievous fun at Spain’s regional cultural differences, and certainly put the after-party crowd in a playful mood. Don’t worry if you missed the screening, it’s getting plenty more sessions before the festival wraps up on May 10. Perhaps a sign of Spain’s ongoing economic woes, only a third of this year’s 39 films were made wholly within Spain, the rest being international co-productions or from Latin America. One that cinephiles shouldn’t miss is Argentina’s Natural Sciences, an artfully handled coming of age drama rapidly notching up international awards and critical praise. Another turning heads is the brave and fresh Spain/Mexico colaboración They Are All Dead starring Special Festival guest Elena Anaya (Best Actress Goya-winner for her role in Pedro Almodóvar’s The Skin I Live In).

To be in the running to win one of 5 double in-season passes to the 2015 Spanish Film Festival, or one of 5 Audio Technica DIP headphones see our Giveaways page.

We never do see the man known as Banksy (has anyone?) in Chris Moukarbels HBO doco, nor does the elusive street artist have any official involvement in the film. But that doesn’t mean all the thorny issues and puckish humour surrounding his controversial but hugely popular work isn’t presented. It is – brilliantly, this really is a lively, engaging and very fast-moving 80 minutes. It follows Banksy’s self-proclaimed 2013 “residency” in NYC. That involved him secretly presenting the city with a new original work or installation each day for a month – tweeting (and taunting with cheeky “artist’s statements” online) to his followers, detractors, treasure-hunters and police – clues to their location. The doco shows the results: funny, mercenary, spontaneous, occasionally criminal, sometimes uplifting, but always, to anyone interested in city life and contemporary art – utterly fascinating. CTC from April 23.

British photographer Elaine Constantine’s nostalgic homage to the music and youth of her past in working class Northern Britain in the 70s had a brief run Surry Hills’ cultish Golden Age Cinema a few weeks ago, and is now available digitally. A surprise hit on its home turf, it deserved a wider release here – if only for the memory of all that soul, energy, music, drugs, and passion the lads (and laddettes) from the north were famous for. Sharply observed and rollicking good fun too, especially when Steve Coogan (24-Hour Party People) turns up. A fabulous soundtrack packed with vinyl gems (Edwin Starr, The Salvadores, Frankie Valli) will ensure you get your flares and dancing sneakers out! MA15+ on iTunes and other digital platforms – Available now

With the release of Northern Soul, Audio Technica are giving away 5 stylish Audio Technica DIP headphones (RRP$19.95) to Ciao readers. See below for how to enter.

Anyone looking for richly rewarding metaphors in shy Japanese office worker Kumiko’s (Rinko Kikuchi) search for the millions buried in the snow at the end of Fargo (she believes the Coen’s fatuous declaration, “This is a true story”) is sure to find plenty. The most poignant and possibly saddest comes not at the inevitable end of her quest in Nebraska but when she tries to free her pet rabbit Bunzo. “Go”, she says. “You’re free.” But Bunzo doesn’t go anywhere… For who is free, filmmaker brothers David and Nathan Zellner are asking. Certainly not the office office workers on the Tokyo Metro poor Bunzo finally vanishes on, or Kumiko and her colleagues – whose strictly constrained and conformist lives are so adeptly sketched. She’s certainly a peculiar girl but her retreat into fantasy doesn’t seem so odd, and her dogged quest, especially once she gets to “the new world” (America), is both funny and darkly unsettling. PG from April 30.

The Age of Adaline

Treat this as an over-wrought romantic sudser perfect for a wet afternoon and you’ll be fine, even impressed. Take it seriously – especially the explanation for Adaline’s (Blake Lively) unusual condition, and you’ll be tearing great clumps of your own grey hair out… After an auto accident she can’t age (don’t ask), and so has to flee every few years – no love or long-term relationships for her. Why she didn’t just market a range of anti-aging natural health products, become a billionaire and then after 50 years announce, “Fooled you”, we’ll never know. M on now. 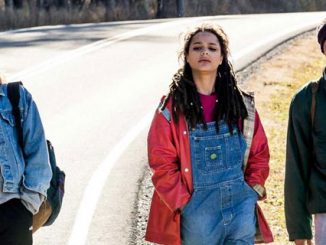 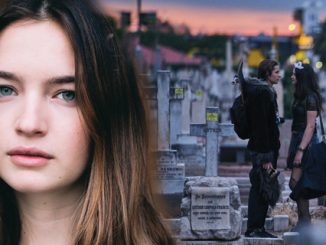