Queen of the Desert

If there’s one thing Brit critics can’t stand it’s Aussie actors playing their native-born heroes. “Nicole Kidman hardly looks desert hardened,” one of them sniffs. (But didn’t he see her walk naked through a dust storm in Strangerland?) She keeps her gear on here in Werner Herzog’s incredible story of Gertrude Bell, the indefatigable Englishwoman and good friend of Lawrence of Arabia (Robert Pattinison), archaeologist, adventurer, linguist and even spy who did so much to shape modern-day Middle East.

Bell’s life was certainly amazing, and she was obviously a striking character. And without the prejudice of snobbery, it’s fair to say “our Nic” does her proud. James Franco and Damian Lewis also star as men in her life, but the real stars are those camels and the sensational landscapes.

Cinematographer Peter Zeitliger shoots the desert and its people beautifully, wonderfully complementing Bell’s own rapt passion for the freedom, dignity and “poetry” of Bedouin life.

Thanks to Transmission Films, we have five double in-season passes to give away. See our Giveaways page for details. 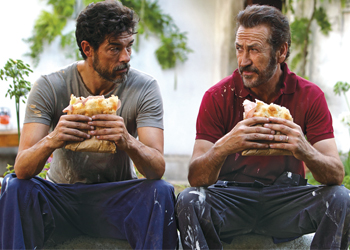 Like many films in the commedia all’italiana style, Edoardo Falcone’s award winning comedy moves along at a fair rate of knots.

Arrogant surgeon Tommaso (Marco Giallini), an atheist, considers himself a modern tolerant man, but he’s floored when his promising son Andrea (Enrico Oetiker) announces he wants to become a priest. Appalled, Tommaso stalks him, and discovers Andrea and many other young people are enthralled by a dashing Vespa-riding stud of priest, Don Pietro (Alessandro Gassmann). Figuring his boy has been brainwashed, Tommaso sets out to unmask Pietro as a phony, but of course, things don’t quite work out that way.

In typical Italian fashion, Falcone uses stereotypical characters and broad farce to lampoon the educated middle class – seemingly liberal-minded people who can’t bear any scrutiny of their own beliefs. Come to think of it, there’s a few of those in the Inner West! Which could explain why God Willing was such a popular hit here when it opened last year’s Lavazza Italian Film Festival. It now gets a very welcome return run.

Thanks to Palace Films, we have five double inseason passes to give away. See our Giveaways page for details. 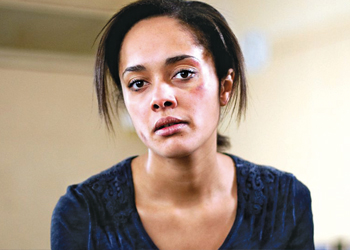 We’re so used to a steady diet of British crime thrillers and procedurals, that this new BBC2 BAFTA-winning drama could easily get overlooked. It shouldn’t be, it’s as if a bucket of bracing ice cold water has been thrown at the genre.

No surprise that it comes from Birger Larsen, the critically acclaimed director of the popular Nordic noir The Killing. Rich in forensic and psychological detail, and with a unique depth of characterisation, each of the four separate films in this series picks apart a murder in all its terrible complexity, hearing the story from every angle and casting the viewer as a jury-member forced to decide.

Mixing techniques of documentary with the power, invention and breathtaking visuals of drama, these haunting and graphic whodunits live long in the mind.

Thanks to RJL Entertainment we have three DVD box sets of the complete series to give away. See our Giveaways page for details. 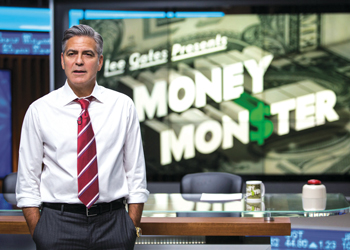 George Clooney stars as the host of a TV money program in Jodie Foster’s very assured and preposterously enjoyable thriller.

His show is more Mad As Hell than The Business, and sometimes he gives crap advice. Which leads to one investor (Jack O’Connell) taking him and the crew, which includes Julia Roberts, hostage on air.

Foster is tapping into all sorts of populist concerns about capitalism and the conniving media, and seems to be saying that terrorism works. Is that what she meant? Probably not, but when was the last you cheered a lunatic with a bomb? 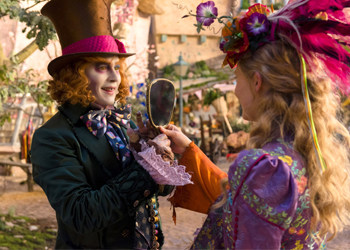 Alice Through the Looking Glass

I think parents instinctively know not to take the littlies to anything from Tim Burton – which raises the question: Who exactly is the audience for these surrealistic fantasies full of menacing and slightly grotesque CGI villians?

Alice (Mia Wasikowska) returns to Wonderland and travels back in time to save the Mad Hatter (Johnny Depp, from Barnaby Joyce and Land of Oz quarantine officials?)

Also starring the usually lovely Anne Hathaway and Sacha Baron Cohen (kids – don’t do this at home!), last seen in Grimsby sticking a fire-cracker up his own cracker. 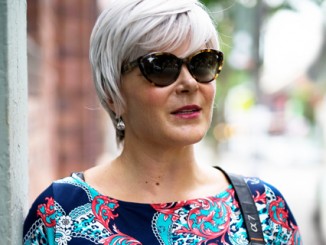