Jake Gyllenhaal usually stars in tough, downbeat indies, so rest assured that if Hollywood ever sends him into space, he won’t be growing potatoes in his own excrement while optimistically prattling on about how he can survive on Mars.

He’s a typically morose doctor on a high-tech orbiting lab in Swedish director Daniel Espinosa’s largely successful attempt to gazump the next Alien instalment – due in two month. The multinational team on board (which includes Ryan Reynolds and Rebecca Ferguson) are excited at first when they discover the tiniest cell of life in a Mars soil sample they’ve been delivered. Foolishly, one of the scientists gives it some “food” (glucose) and prods it into action.

It grows quickly, they call it “Calvin” and it’s a cute little geezer. But clearly didn’t like that nerdish nickname, and turns into a super fast, super strong, vicious littler fucker with a very bad temper and tendency to slither up the nearest bodily orifice. Where it erupts soon enough in one of those gory birth scenes we all know and love…

Well staged mayhem, panic and a surprise cracker of an ending follow, all as tense, gross and terrifying as anything you’re likely to see at the cinemas. At least for another two months… MA15+ from Mar 23. ★★★★

Those clever folk at Dreamworks have tried hard to appeal to both the under 10s and their parents in their latest outing – arguably a bit too hard. The critical reaction has been unkind, but really, those reviewers responsible for its dismal 28% Rotten Tomatoes score are just not getting it at all…

Alex Baldwin voices the baby who arrives home in a taxi wearing a suit, and soon takes over, ordering the harassed parents around and totally sidelining existing brother Tim, a close approximation of what does happen in any family with a new baby.

Naturally there’s the requisite sprinkling of potty humour and body fluids jokes, but way less that what is now standard in American adult (allegedly adult) comedies. Few of them could better the bare-butt baby-powder fart, but really, this is so wholesome that even Alex Baldwin’s teeny weeny peeny is pixilated (though that may have been a joke too).

There’s a plot too about a corporate battle for the market share of the world’s love – so that’s pretty much Apple vs Google. Baby Corp produce good-looking, sleek babies on a brilliantly imagined production line, but arch rival PuppyCo have a new product, an adorably cute puppy that never grows up, thus threatening Baby Corps’ existence. And clearly – the future of mankind! Could there possibly be a more perfect metaphor for the crisis of late-stage capitalism? Come on critics – you get it now! G from Mar 23. ★★★ 1/2 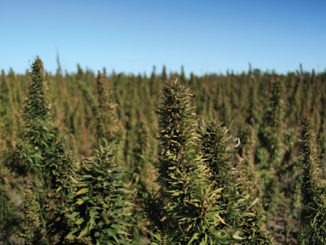 Hemp as Food, Paper, and Cloth 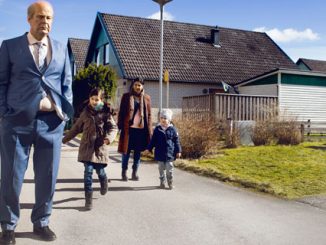