Do you judge potential partners based on where they live? As a single Inner Westie, would you jump at the chance to date someone from Enmore, but scoff at the idea of a relationship with someone from Cronulla?

The rising popularity of mobile apps such as Tinder and Grindr, which match you up with singles within a close geographical proximity to you, suggest that people are more and more unwilling to travel very far for love.

It seems the days of travelling to Europe and getting swept up in a summer romance are over and people are more likely to search for love in their own backyards – or at least, in their own suburb.

While the reason for this could be the innocent convenience of having your beloved nearby (booty call, anyone?), there are more sinister explanations for the appeal of common locality.

Sydneysiders face a unique difficulty in inter-suburban romance, simply because of the rampant stereotypes that exist based on
your postcode.

A Bondi hipster, sipping his cold drip coffee and wading through folds of organic cotton harem pants, would certainly turn his nose up at a cashmere swaddled, four-wheel driver from the North Shore, hurrying home to her white picket fence.

By the same token, a kale smoothie obsessed Balmainite would find the dreadlocked pursuits of a Newtown musician ridiculous, as would a blasé Northern Beaches surfie reject advances from a mega-mall, McMansion dwelling Hills District townie.

These days, residents of each clearly defined Sydney suburb seem to be conforming to such strict idiosyncrasies that it is becoming more and more difficult to relate to those living north of the Harbour Bridge if you live on the south.

“I don’t even bother with someone if they’re not from the Inner West,” one local resident remarked. “If they mention they’re from somewhere else it’s like, OK, we’re done here.” After overhearing sentiments like this one too many times while doing the Bay Run, it is easy to deduce that postcode prejudice plays a big role in how singles vet a potential partner.

It’s not all about shunning certain types of people either. In the same way that some people may avoid partners based on locality, others may actively seek out those from a particular area, and hanging out in the right place could increase your chances of running into Mr/Miss Right. For example, with the average annual income there a cool $142,000, those looking to bag a breadwinner should head to Mosman on Sydney’s Lower North Shore.

This is all very superficial though and ultimately location-based dating apps restrict the possibility of meeting that special someone who could be waiting a few suburbs away from home. So, next time you meet someone from an unexpected place, don’t dismiss them because of postcode pride and prejudice – who knows, the serendipitous encounter could be the start of a whole new chapter. 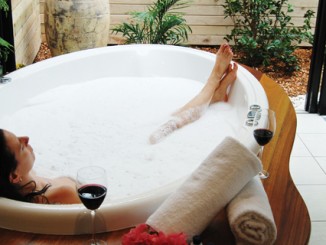