A new year is always a great excuse to make a change. There’s just something about it that motivates us to fix all the problems of the previous year. 2016, I’ve decided, will be the year I defeat a habit (to be honest it’s more like a very strong addiction, I’m in denial).

It may seem laughable but 2016 will be the year I give up eating chips. So whether it’s biting your nails, picking your nose or something else, think of something you’d rather live without because I am about to discover how exactly you can ditch that habit.

Whose idea was this? If you’ve been living under a rock for your entire life, you may not know the theory that if you wear a rubber band on your wrist and use it to slap yourself every time you think of something you shouldn’t, you will cure yourself of negative thoughts. My opinion is that this must be an old wives’ tale considering the negative thoughts the slapping gave me. Even the sight of the band was enough to make me think of my habit, which of course led to more pain. The verdict: save your wrists for jewellery.

Actions may speak louder than words but nothing talks louder than money. How is money related to quitting a habit? Like the rubber band method, pain is supposed to encourage you to change your ways, but this time it’s financial pain. Fining myself 10 cents every time I ate a chip seemed like an easy feat but it didn’t take long until the damage to my bank account began to show. Perhaps it’s because the fines took all of the money I would have spent on chips, but this method was surprisingly effective. So if you can handle a bit of stress on your budget, it’s worth a try.

Right from the outset this method appears to be seriously flawed, probably because cold turkey is actually delicious and not at all something you should have to give up. Even thinking about turkey reminds me of food, which leads me to thinking about the salty goodness of chips. Someone on the Internet said that the first few days of giving up a habit are the hardest, this proves to be true as I walk through the chip aisle at the supermarket and struggle through cravings. However, a time did come (it was more than a few days) where the absence of my bad habit was much easier.
Let’s just see how long it lasts.

Whether it’s a welcome distraction or to fill the cravings, they say that replacement can cure even the toughest of habits. An important thing to remember if you’re going to try replacing your bad habit with something else is that your new habit should be better than the habit you’re replacing. Although, this is something I didn’t take into account and I now find myself addicted to my replacement habit, wedges. Maybe 2017 will be better.

Road test – Only the best for your breasts 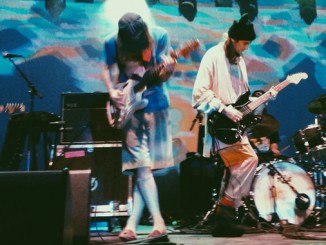 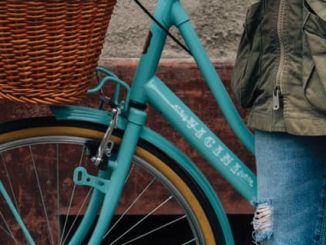