Small businesses shape our great nation. It’s hard-working small business people that work long hours, employ the majority of people in Australia and take huge risks to ensure their success. Being a small business person is an ongoing challenge and often they receive such little recognition and support from governments.

Running a small business is like a jigsaw, with many pieces coming together in a complex undertaking. For some, it means working seven days a week and fifteen hours a day. Sometimes they don’t earn a living for months or years. The small business person takes all the risks (although they also retain all the profits).

My experience with small business started when my parents migrated from Cyprus in the fifties and bought an old-fashioned milk bar and fruit shop at Enfield. As a family, we all contributed to its success during the sixties and seventies. The mornings before school, were all about bringing the fresh bottled milk inside, placing them and soft drinks in the refrigerators and stacking the shelves. After school, I’d once again assist my parents in the shop. The hours were long from 7am to 9pm, seven days a week but it was a successful small business and a ‘meeting place’ for the locals.

In the mid-seventies, my father then also bought a Greek restaurant on King Street, Newtown, that seated 350 people. The restaurant was also a cabaret room and we had live Greek music shows throughout the nights. At the time, I juggled working between the store and the restaurant, as well as studying for my HSC. It was an amazing experience and I didn’t realise the entrepreneurial sense that I was gaining.

When my parents decided to sell both businesses, I realised that there was something missing for small business people’s long commitment and sacrifice. This was a simple ‘thank you’ from the community and the customers – and this was how the Inner West Small Business Awards (now Local Business Awards) began in 1985.

From a small program in Sydney’s Inner West, my small business Precedent Productions, manages over 20 programs each year and along the way, I was invited to be part of the Australian Government Small Business Advisory Committee. It is time for the Government (whatever party) to appreciate and reward the important role that small businesses provide in the development of Australia.

Incentives need to be developed to encourage small business to be stimulated to grow their teams and reinvest in better products and service. The Government should be rewarding small businesses rather than continually collecting huge taxes from them. 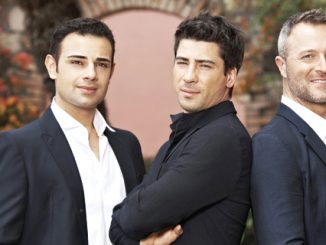