Holly Goodwin, a volunteer Australian Breastfeeding Association councillor and local mother of two, says that attachment (to your community) cannot be underestimated when you’re a new mum.

Personally, I have not experienced people being offended by my breastfeeding in public. I run a mother’s group in Glebe every week – so I know that most of the cafe’s in the area are breastfeeding friendly, but often we are feeding all together so maybe there is strength in numbers.

Sometimes I think the issue is blown out of proportion, especially considering that every day mums can be found everywhere breastfeeding, and people probably don’t even know that they are. When confrontations about breastfeeding publicly do take place, rather than sparking a flame in the media, we should be ensuring that mums feel confident and supported by wider society – not backed up by messages like, “We want you to breastfeed but not too visibly.” Or messages that pass on judgement about not breastfeeding.

At workplaces, it really depends on whether the environment can be made more flexible and the willingness of employees to make policy that recognises the breastfeeding relationship. Doing this makes it easier for mothers to return to work on their own terms.

An important issue for mothers in the Inner West, I think, is having support and also having friendship. Just becoming a mother is a huge change in everybody’s life and its something that you can’t really explain. I think there are a lot of services available for mums, and having the internet and Facebook has also made a difference – but we also need to talk to people in person.

Being connected to the community has been paramount during my time as a mother. Unlike before you are a mother, when you may have been going in to work a lot, or used to seeing people casually, your life changes when you have a baby. You have a whole new world where you have to learn about your baby and you are not the centre of your life anymore, they are. When you add sleep deprivation and constant changes in your baby’s habits and skills, this world can be overwhelming.

I got involved in a mother’s group when my first son was born. My friend encouraged me to go to our local ABA group and I found it really helpful, especially because my newborn did not follow any of the rules in the baby books, he was not a good sleeper. I thought I must be making mistakes, but when I went to the group I realised I was not doing such a bad job. Meeting up with other mums face-to-face can be very reassuring. Storytelling is powerful – as hearing somebody else’s story can help you feel better about your own. 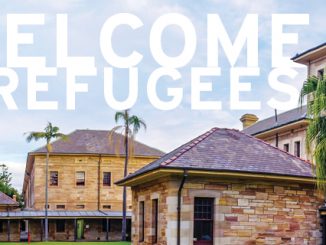