I want to talk about the crisis in the Arts.

“Crisis?” I can hear you ask. “What crisis in the Arts?” And I don’t blame you for asking. We’re three weeks into the election campaign and there’s been a lot of talk about the issues facing Australia but nothing about the Arts. However, Australia’s Arts and Cultural industries are in crisis.

A few weeks ago 134 small-to-medium Arts organisations across the country were informed that their applications for four-year operational funding from the Australia Council for the Arts were unsuccessful. Officially, they have not received funding because they are failing. In fact the opposite is true. They are thriving.

These 134 companies are not getting funding because over the last few years the Federal Government has consistently reduced the Arts budget and it has affected the entire sector. Performance, music, film, visual arts, TV, design, fashion … the whole sector has been hit and we are now at the tipping point.

A world-leading, innovative country needs a vibrant, exciting and well-supported Arts industry. And that support shouldn’t be focussed on the big end of town. Small-to-medium Arts organisations are just as important, as these companies are where artists test ideas, experiment and play. If we do not have a thriving Arts sector with small, medium and large companies then our stages, galleries and screens will be filled with work created overseas.

Do we want Australian voices and stories to disappear from our stages? Do we want American pop culture to dominate our movie cinemas and TV screens? Do we want the Kardashians to be our new cultural leaders?

The cuts to Arts funding have directly affected some of Australia’s most exciting and innovative companies. Companies like PACT centre for emerging artists, where I am currently the Artistic Director. Based in Erskineville, PACT was founded in 1964 to support, develop and produce Australian artists and stories. For 52 years PACT has stayed to true to this vision.

Without PACT we would never have had Looking for Alibrandi, Zoe Coombs Marr may never have won the Barry Award at the 2016 Melbourne International Comedy Festival, Black Comedy’s Bjorn Stewart might not be as funny, Peter Weir might never have directed Gallipoli and the character of Aunty Jack may never have evolved.

And now that may all disappear.

Are you happy with that? I know I’m not. 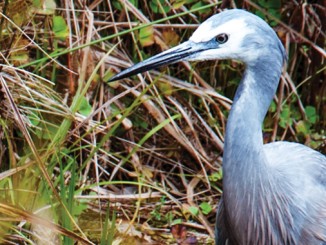 Keen to be Green