The Federal Government announced an additional intake of 12,000 Syrian refugees on September 9th 2015; a drop in the ocean of the 67 million displaced persons worldwide. And yet we must at least recognise it as a step in the right direction, even if it has taken an interminable length of time for them to be processed.

From September last year Settlement Services International, the peak body in welcoming and settling new arrivals, has been working frantically to house, clothe, find work for, support and generally settle these traumatised and often frightened people.

The Syrian people who have arrived here are generally well educated and many of them have three languages – Arabic, French and English.

Often their English is the textbook variety, so there is a need for conversational practice to come to grips with Australian idioms.

Most of the refugee arrivals have been settled in the same area, the South West of Sydney. Now this makes a lot of sense doesn’t it? If I was to settle in another country I would want to be with others who spoke my language, shared my culture, history, experiences and could help inhabit a strange new world. Well, yes and no. I would also want to venture out and inculturate myself in the new environment in which I find myself.

This is exactly what most refugees want and, in fact, one lady recently expressed to me a desire to be away from her country folk to help her stop reliving the horror.

Speaking of which, welcoming refugees is the responsibility of all Sydney and indeed Australia.

To this end, the Justice and Peace Office of the Catholic Archdiocese of Sydney has entered a partnership with the Inner-West Council and Settlement Services International to establish a Refugee Welcome Centre in Lilyfield at the former Callan Park Hospital Site. The Catholic Church is putting up $60,000 to staff a facility that is leased by Council from the State Government.

SSI will, with the help of Council transport, bring refugees to the site along with their case workers in order that they may experience another aspect of Sydney life.

The Welcome Centre will provide conversational opportunities, cooking, sports and general socialisation in addition to the wrap-around services of counselling, help with Centrelink, banking, job opportunities and generally navigating life in the best city in the world.

The Federal Government’s (and Opposition’s) harsh policy with regards to refugees needs rethinking. So many people in the Inner West of Sydney are sympathetic to the plight of refugees. Many of those who are not have never met or listened to their stories. They will soon be able to do so by volunteering at Lilyfield. We must change the conversation from suspicion and fear to openness and welcome. 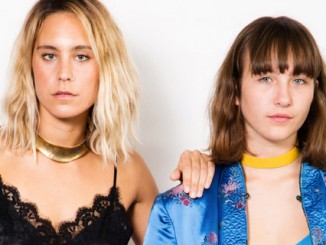