Inner West cafes serve up more than just your average bacon and eggs, now they are offering a side of pretentiousness with your breakfast.

I’m all for small businesses upholding an eco-friendly ethos. The environment, in its current state, needs all the allies it can get. However, I’m starting to feel a little overwhelmed by the trends proliferating in Sydney’s menus. Terms like organic, vegan, super food, raw foodism and gluten free, are multiplying like rabbits, as businesses try to desperately outdo one another in their inclusion of the latest marketing terms. I’ve watched and tolerated this madness but there is one thing that my Saturday morning, slightly hung-over self can’t handle anymore. And that is the ever so trendy practice of biodynamic agriculture.

I first stumbled upon this term at a well-known Inner West café. Admittedly, I was a little peeved after hearing they didn’t offer coffee (only organic teas), which may have coloured my reading of their menu as the most pretentious and self-congratulating piece of marketing I’d read to date. However, what really confused me was the term biodynamic.

What are biodynamic eggs exactly? I asked a waiter, who regarded me with disdain and a hint of disgust as he replied that biodynamic agriculture has to do with holistic agricultural methods. Whether his reaction had to do with my less than cool attire (track pants and Ugg boots) or my ignorance on the subject is still very much unclear. Despite his helpful response I was still confused by the distinction between this and ordinary organic practice, a terminology that I’m familiar with and therefore accept wholeheartedly and without question.

After some research, from ever trusty Google, it became clear that I wasn’t the only one confused and ignorant about biodynamic practices. I found that biodynamic agriculture is much the same as organic agriculture, except that it involves the integration of spiritual and mystical perspectives. It was developed by a 20th century philosopher, Rudolph Steiner, who believed he could communicate with the spiritual world.

It relies heavily on astrological sowing and planting calendars and has many controversial practices such as burying ground quartz stuffed into the horn of a cow. This practice is said to harvest, “cosmic forces in the soil”. Well, OK then…

Honestly, this isn’t even the bit that concerns me the most, as long as I’m not the one burying ground quartz into the horn of a cow or whatever. It’s more the fact that I’m paying $20 dollars for my biodynamic eggs to be scrambled and to tell you the truth they tasted exactly the same as any other eggs. With a name like that, I half expected them to transform into a chicken.

Maybe I’m just annoyed I missed the boat on the trend or maybe I’m sick of feeling like a freak for not wanting my eggs to be spiritually whispered to on the night of a full moon, but I still don’t get the appeal – and doubt I ever will. 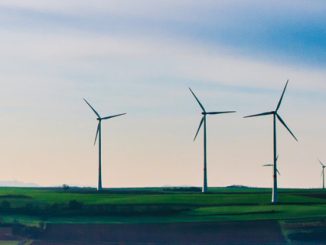 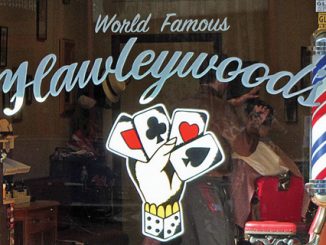