As Federal Parliament resumes, let’s have a look at the prospects for a cleaner energy system. Will Australia harness the global investment boom and create the jobs of the future? And will our politicians help, or get in the way?

They’ve done both in the past. In 2012 we got a price on carbon emissions that promised to level the playing field for renewable energy but this was overturned just a couple of years later. The Abbott government launched a full frontal attack on renewables, reserving its fiercest rhetoric for wind power. This halted investment in new wind farms at a huge cost to jobs and economic activity in regional communities. Australia’s reputation as a destination for international clean energy investment has been damaged ever since.

The Turnbull Government constructively combined the Environment and Energy portfolios under Minister Josh Frydenberg. Potentially, this signals an intention to sensibly reform markets and cut emissions at the same time. But the Government’s first Bill into the new parliament effectively wipes out the country’s premier renewable energy research agency, ARENA.

By refusing to pass a $1.3 billion cut to ARENA’s budget, Labor can save the body they created in 2012. If they don’t do this, it’s hard to see how the Opposition plans to reach its own target of 50 per cent renewable energy by 2030. It’s an exciting time to work out what’s going on. Are we for renewables, or are we against them?

Across the world, the only story in energy is the shift to renewables. Together, solar and wind power make up half of all new generation capacity being installed globally and all new generation capacity being installed in Australia. There are a zillion examples. One of the most recent, inspirational ones is from Sydney where a bunch of locals have invested in a solar system to power Young Henry’s Brewery in Newtown. Mmmm, sunshine and beer!

The cost of wind power has dropped by over 50 per cent in the past seven years making it the cheapest source of new electricity generation available – renewable or otherwise.

The combination of solar and batteries is allowing consumers to not only generate but store their own clean energy, which further reduces reliance on coal-burning power stations.

The latest research (by Ernst & Young and the Climate Council) found moving to 50 per cent renewables by 2030 would create more than 28,000 jobs nationally. States, territories and even cities are now jostling to attract these jobs, and drive ever higher investment.

It’s what the voters want. Just consider this – in Australia more than 1.5 million households have solar. That’s because they appreciate the personal benefits (saving money!) as well as the broader benefits (saving the planet!) It’s time we all started asking our local MPs where they stand. Are they with us? Or against us? 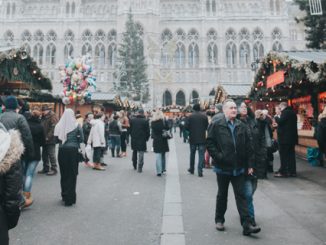