Dear RR – Do you think the voting public could really be stupid enough to vote in Barnacle Bill (not to mention our Slovenian gypsy of a local member) to run the country? Is Abbott’s first-term government terminal, as even some of the usually more reliable commentators are now suggesting?
Piers, Paddington

RR replies: I never could imagined I’d see the day that the likes of Alan Jones, Chris Mitchell, Janet Albrechtsen and Andrew Bolt would turn like a pack of mongrel dogs against a Liberal PM at the first whiff of grapeshot but it appears the Australian conservatariat – my good self excluded, it goes without saying – is a snivelling collective of weak-kneed crypto-communists. So the Australian people find it ‘unfair’ that Gen Y have to spend a few months looking for a job before being allowed to use the taxpayers’ money to buy methamphetamines, body piercings and gadgets to ‘Facebook’ on. So even the traitorous Australian Medical Association is whining about povo malingerers not being able to bore a GP senseless with their supposed health complaints without coughing up ONE THIRD of what they’d pay for a pack of Winfield Reds? So a few would-be pseudo-intellectuals are protesting about having to shell out 100K for an arts degree that will turn them into bicycling onanists who use ridiculous words such as “heteronormative”? Does the conservative chattering class show some solidarity and tell the bleating malcontents to pull themselves up by the bootstraps while defending what that clown Craig Laundy christened “verbal gymnastics” on the part of the PM? No, it starts white-anting the very ubermensch who ended the appalling ALP interregnum, cut the budget the (G)A(Y)BC uses to promote girl-on-girl nuptials, and sent the Allah-bothering boatpeople to be devoured by cannibals in PNG. For shame, Abbott-undermining right-wing columnists, for shame!

Your Say: What on earth should we do with Parramatta Road 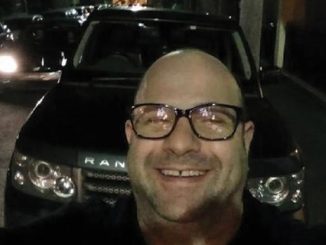