I currently live in the much sought after suburb of Newtown, my room is the size of a peanut and my only window has a spectacular view into my neighbour’s bathroom. Despite the fact I now often feel overwhelmed in large spaces and my young neighbours like to play the recorder every morning exactly 20 minutes before my alarm, a large portion of my wage is invested in me being able to continue living in this hellhole.

However, apparently I’m not alone, with a 2012 study finding that one in five people between the ages of 24 and 35 are spending more than 30% of their income on housing and I have to assume that figure has only increased over the last three years. In light of these condemning figures, Ciao goes on the hunt for affordable options for renting in the Inner West…if such a thing exists.

Although traditionally young people have flocked to the Inner West suburbs that lie on the periphery of the city, such as Glebe and Newtown, more students and young professionals are seeking alternate, cheaper locations. These suburbs include Ashfield, Marrickville, Lewisham, Petersham, Summer Hill, Hurlstone Park, Alexandria and many more. They still lie close to the action of the city, but come with some compromises, such as flight noise as many of these suburbs fall directly under flight paths. But I’d take that over a recorder any day!

We’ve all heard the horror stories about housemates; I once lived with a bloke who kept all of his groceries in his room just so no one else would eat them. Needless to say, cockroaches were the only ones enjoying his fruit loops. With that said, more often than not sharing a house provides a cheap option while also being really fun and rewarding. Most people have cottoned onto the general rule that the more people you squeeze into a place the cheaper it will be so now there’s a new trend in the Inner West in which houses are overcrowded and often uncomfortable. I’ve even heard of people renting out vans in their backyards! It’s important to use a known and trusted website if you’re looking for places online and make sure you check out the place with a friend first.

Renting from the rents

The numbers are in and they show that one in four Australians between the ages of 24 and 35 still live with their parents. Demonstrating that staying at home is no longer just for the basement dwelling, comic-book-reading virgins amongst us, for many it is the only feasible option for saving towards their first home. Do we hear a collective sigh? 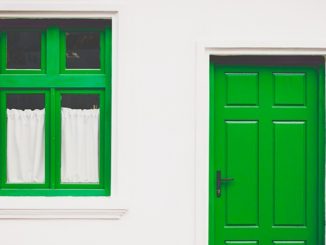