It’s approaching that time of year when the ghoulish and spooky parts of the world are celebrated, as strange as that may be.

To satisfy those with a morbid fascination, Ciao sacrificed our souls and our underwear to find that there are no shortage of Inner West hauntings for those so inclined. Proceed with caution this Halloween, and maybe take a flashlight.

The Street With No Name

A spooky name for a spooky place. This narrow, overgrown pathway is widely avoided by local families, with multiple reports of young children and dogs behaving strangely when near the location. These odd happenings are perhaps taken more legitimately due to the horrifying history of the location. Multiple bodies of murdered children have been found in the undergrowth throughout past decades, with one crime rumoured to be one of Sydney’s first satanic murders. Visitors to The Tomb, a creepily named unused storage room beneath the nearby viaduct and a location for one of the murders, have claimed they suffered nausea, headaches and the overwhelming feeling of being watched. If these were rated, we give this one an eleven out of ten on the ‘don’t go’ scale. Maxwell Road, Glebe

This row of extravagant houses sure have quite a history and have generated public interest for generations. Of these, The Abbey, built in 1882, has generated the most speculation. Perhaps due to the abundance of Masonic symbols decorating the facade. The Davis family, who occupied the grand residence for fifty years, have claimed that they were visited by various presences from time to time, with the most memorable being a Lady in White. So original. With no evidence of real life violence on the premises, we have to say this one just doesn’t stack up in terms of scare factor after looking at the Street With No Name. Despite this, the family do say their cat’s hackles would rise when a presence would enter the room, so if you think cats are a reliable source… Either way, it is a beautiful example of gothic architecture and worth a visit. Johnston Street, Annandale

Walking around of the most peaceful locations in Sydney, you wouldn’t have a clue about the long history held within the walls of Callan Park. In 1873 the land was purchased with the plan to construct a large scale “lunatic asylum” to ease the overcrowding from the Gladesville Hospital for the Insane. The plans went ahead and the site was used for this purpose until 1994. Aside from simply housing patients, the hospital operated as a location for early medical experiments, with the people inside often used in these processes. One of these individuals was Phillip Bowman, who lasted only three days before his jaw was shattered in a mysterious manner. He died without medical treatment two months later. Witnesses have reported screams and moans coming from Ward 18 specifically and paranormal groups have investigated sightings and voices in the chapel. The grounds are open to the public, enter at your own risk. Wharf Road, Lilyfield 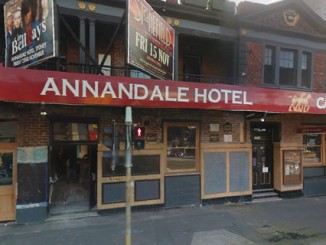