These days social media has become a tool to connect and communicate with others, which can be a valuable thing if you’re trying to win an election – just ask Barack Obama’s campaign managers. However, some candidates are a little better at the social media game than others. We click ‘Like’ to find out who’s best at flooding our Facebook feeds.

This page is mostly updated by the candidate’s “campaign team,” which is a professional way of doing things but unfortunately disconnects the candidate himself from the people (and isn’t the whole point of social media to make the politician seems accessible to the people?). The page uses great quality images but does not get much of a response from his followers.

Emily’s writes her status updates directly and in a conversational tone giving the page a more personalised and authentic feel. Her page was only created a couple of months ago and she updates it regularly but she needs to work on using hashtags and better quality images to get people’s attention.

Craig’s page is rather formal; he posts a lot of official advertisement-type images and posters, as well as links to the Liberal Party’s official website and prompts his followers to ‘Share,’ which is a good way to have a message spread to as many people as possible. The page attracts quite a few comments and likes, though it could be updated a little more consistently.

This is a very new page without any action just yet. If Joel’s serious about running however, he should at least fill in the ‘About’ section on his page. Let’s hope the bullet train is faster than this candidate at getting going.

There’s limited activity on this page, which actually looks more like a tribute page to Tony Abbott and is usually updated with information about Liberal policies and Labor failings. While the election is a competition, it can’t be all about dissing your opponent when you could be connecting with voters.

Despite having over a hundred likes, there’s no updates or action on this page whatsoever. Enough said.

Of course the Deputy PM’s page is impressive, updated daily with information, photos and even fun stuff like old photos for ‘Throwback Thursday.’ While there is a bit of bagging out his opponents and little interaction from Albo when it comes to replying to comments, the page attracts plenty of attention from the voting public.

There’s lots of discussion happening on Tanya’s page, though she doesn’t reply to much. She does however update often, make use of hashtags and share photos from recent events so followers can keep up to date with what she’s doing for the electorate.

Sean’s page is one of the most well-updated of all the local candidates, documenting his daily campaigning – and almost every update is accompanied by an eye-catching pic. Unlike a few other candidates, he keeps a very positive vibe on his page and bitching about his enemies to a minimum. It’s also a nice touch that he shares his fave books and movies in the ‘About’ section (he’s a Star Trek fan in case you were wondering). 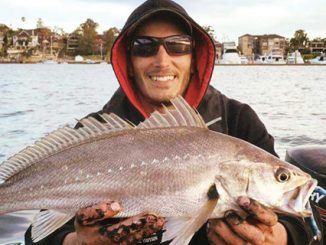